Academy: A Northern Identity Crisis – a view from a mixed up Ulsterman

Academy: A Northern Identity Crisis – a view from a mixed up Ulsterman

Home / News / Academics / Academy: A Northern Identity Crisis – a view from a mixed up Ulsterman 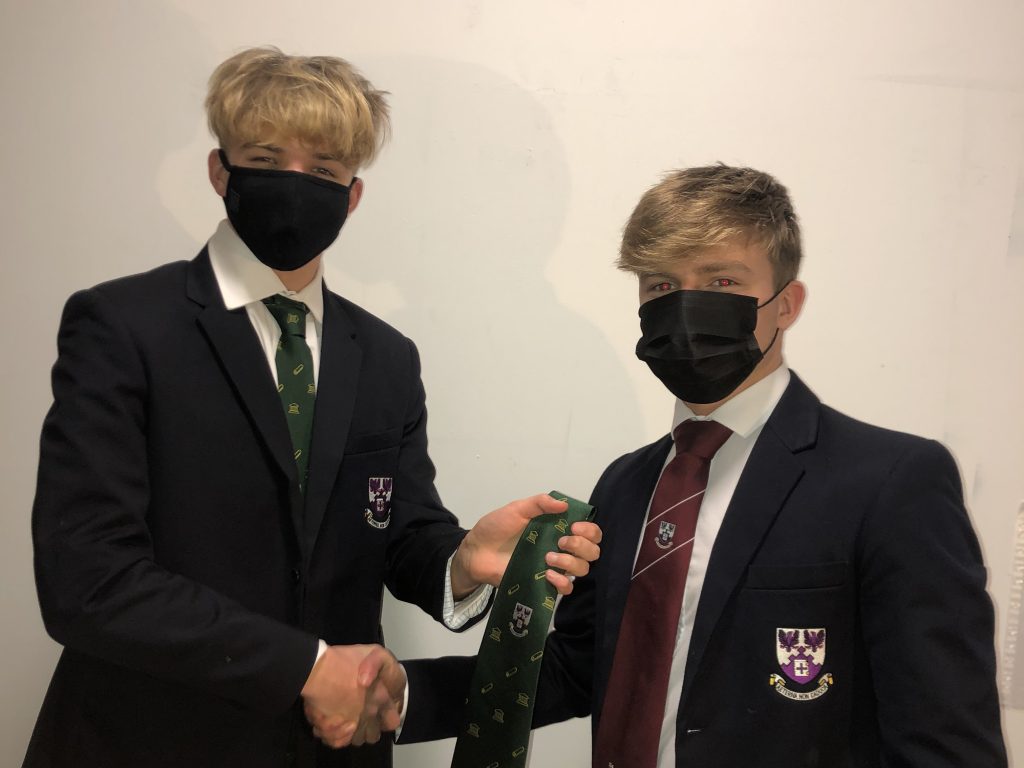 On Tuesday, Henry McCallum took to the Academy stage; the first of the Poetry Academy members this year to present to the assembled staff and students.

To provide some background on The Clongowes Academy for those that are unfamiliar:  The Academy was set up by Fr Hilary Lawton, Prefect of Studies, back in the 1950s as a modern-day version of Plato’s Academy from Ancient Greece.  It follows a strictly academic model where each member must present a scholarly paper of some 40 minutes to his peers, who then pose questions about his research. Each paper is a culmination of the members’ exhaustive research into and analysis of their chosen topic. The Academy gives its members a chance to become experienced in the research process, public speaking and fielding questions from their audience.

Fr Michael Sheil SJ is the Academy’s Moderator and is a former member of the Academy, having delivered a paper on Norman Castles during his Poetry year. Each session is followed by questions, refreshments and the opportunity for lively for  discussion on the paper just delivered.

Henry chose an interesting, but very personal topic for his Academy.  Born and bred in Northern Ireland, Henry is our sole ‘6 counties’ student and, as such, brought a very interesting perspective on Northern Irish identity to the audience.

Henry started by trying to define ‘identity’, one view being “the qualities, beliefs, personality, looks or expressions that make a person or group.”  But, there is more to it that that, Henry asserted in his ensuing hypothesis.

Casting an eye back to the early movement of people between Scotland and Ulster, one of the best known being St Columba, Henry brought us to the Kingdom of Dalriada (made up of the north coast of Ulster and the western islands of Scotland) which was a relatively easily traversed trade route of just 20km.  The links between Ulster and Scotland are centuries old, and as Henry explained,  the proximity may have encouraged early communities to look east rather than south to build trading and social bonds.

Henry discussed the realities of modern Northern Ireland – the historical sectarian divides but also the hopefully shoots of unity between communities coming from, of all places, Brexit and the fact that almost a third of both Catholics and Protestants consider themselves, not Irish, not British, but ‘Northern Irish’.

Henry concluded that for someone like him the question of national identity can be a complex issue.  Pointing to the unlikely journey towards cooperation of the ‘Chuckle Brothers’ (the late Rev. Paisley and the late Martin McGuiness), Henry asked “if they can come together and move forward, surely the rest of the country can do the same?”

Thank you Henry for sharing with us your personal journey and your very well researched (and entertaining) Academy paper!