A key development in the recent life of Clongowes was the introduction of the Alberto Hurtado Bursary Programme (AHP), in 2007. The AHP is a bursary scheme inspired by the desire to remove barriers to the unique educational experience that a seven-day boarding school can offer. The objective of the AHP is to offer opportunity to boys who might otherwise not fulfil their potential because of socio-economic disadvantage. Students are chosen on the basis of eligibility and suitability, family ambition and their potential to thrive in a boarding environment. As of the end of the past academic year, there have been 61 graduates of the programme and there currently 36 bursary students in the College.  The AHP has become an essential part of the fabric of Clongowes Life with the students integrating seamlessly into the Clongowes community of academic life and cocurricular activities during their time at the school. 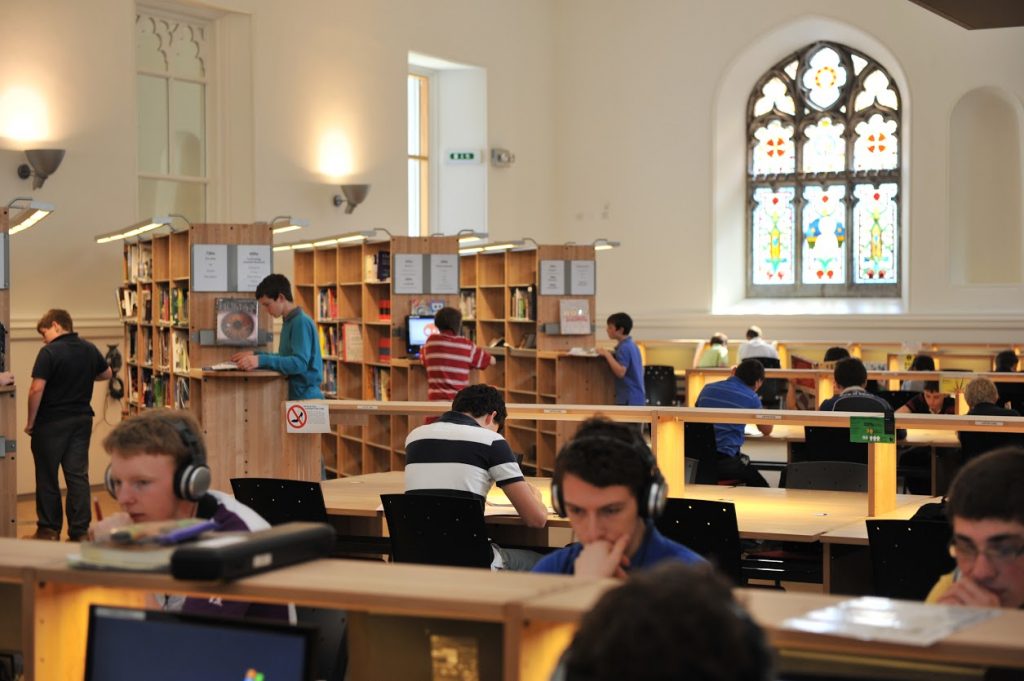 The Foundation is actively involved in the financing of the AHP through the support of past pupils and current and past parents. Please click here for an Overview of the AHP and some detail on its establishment and participants.

The Foundation launched the Alberto Hurtado Bursary Endowment Fund (or the AHEF) at the end of January 2020. The AHEF is a permanent fund managed by Goldman Sachs. The generosity of a number of past pupils and the Jesuit Province allowed the Fund to be launched. No withdrawals will take place through the first five years thereby allowing the fund to mature through its infancy. Existing pledges and legacies should see the Fund gain some mass over time but in order to fulfil its objective, the Fund will require further contributions and legacies. It is an ambitious project but a project, that the history of Clongowes tells us, can be achieved.

The Funding of the AHEF and the AHP is a key focus for the Foundation going forward. If you would like to learn more about the Fund, please contact Joe Rooney or Antoinette Kelly at 045-902334 / foundation@clongowes.net at the Foundation offices in the College.

The official launch of the Alberto Hurtado Endowment Fund took place in the Merrion Hotel, Dublin, on Tuesday 28th January 2020. The evening was to mark the launch of the Fund, after two years of preparation, and to celebrate the AHP which has become such an integral and rich part of Clongowes Life in its relatively short existence. The Fund is another landmark in the brief history of our Bursary Programme and the evening gave recognition to all those who have worked so hard to bring us to this point.

The assembled guests were introduced to the evening’s speakers by the School’s headmaster Mr. Chris Lumb.  The keynote address was given by Fr. Leonard Moloney SJ, Provincial of the Irish Jesuit Province and former headmaster of Clongowes.  As headmaster at the time of the launch of the AHP and as a key force behind its creation, Fr Moloney, showing a certain nostalgia for his days in Clongowes, gave his heartfelt thanks to all those who brought the AHP to life; recognising the central role played by Martin Wallace, Deputy Headmaster at the time the AHP was launched.  Fr. Moloney SJ conveyed the Province’s support of the Alberto Hurtado Endowment Fund by pledging a €2m donation which matched the initial seed capital.

A discussion panel followed, expertly moderated by Martin Wallace, Former Deputy Headmaster. Two Old Clongownians, who graduated from the Bursary Programme: Seán McMahon OC’16 and Eoghan McLoughlin OC’15 were joined by two current students: Julian Jimenez Ospina and Michael Quinn Keogh. Each different in their own way, they engaged in a discussion of their Clongowes’ experiences and their hopes and aspirations in a natural, sincere, and confident manner. The audience was captured by the discussion. One past pupil of Clongowes commented that it was impossible not to be immensely proud of these young men and of those that have helped them, at home and at School, to become such men of confidence, conscience, and compassion.

The evening’s speeches were rounded off by a talk on the Endowment Fund by Joe Rooney from the Foundation. He recognised the generosity of one fellow past pupil whose seven-figure donation allowed the Foundation to move ahead and start planning for the AHEF. Donations from other past pupils allowed the Fund to launch with € 2m, which as noted above, was matched on the evening. The Fund’s target, in today’s money, is €20m and so much hard work lies ahead. 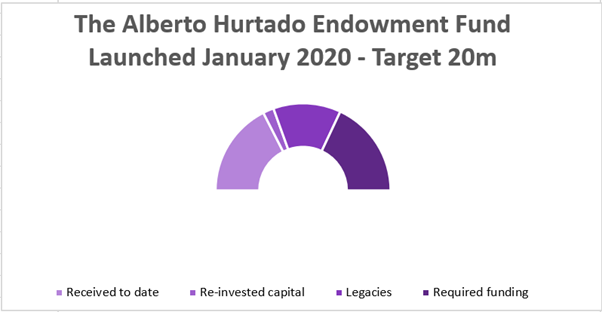