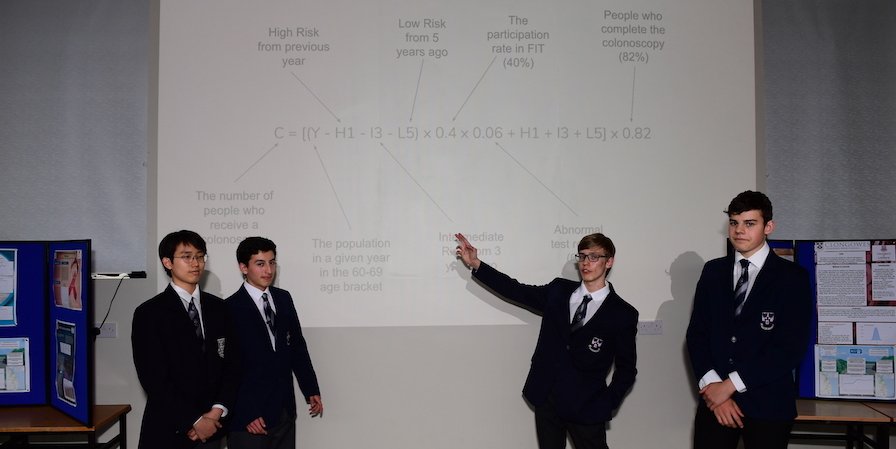 Back in October, any 5th and 4th years who wanted to take part in maths modelling gathered in Mr. O’Hara’s classroom where Professor James Gleeson presented them with three problems they could work on for the next six months. The problems were:

The cancer screening problem was the most popular one as people found this to be the most important. Everyone split into groups according to what they wanted to do and Professor Gleeson answered initial questions the students had. The world renowned Professor is Chair of Applied and Industrial Maths in University of Limerick (UL) and codirector of MACSI, the foremost applied maths consortium in the country. It is a real honour to have him come down to the college and inspire younger generations of potential mathematicians and scientists. 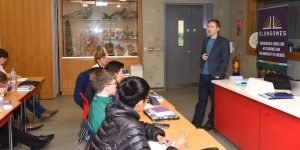 Over the next month, the groups met every Friday in the cooperative learning centre for an hour in the evening. At first, the groups said it was very difficult to get the ball rolling as they had to think of effective ways of tackling the problems, often having to scrap some ideas. Soon though, the groups began to see great progress in their research and work. Mr. O’Hara gave up so many Friday evenings to be in the cooperative learning centre to answer questions, explain some mathematical approaches and ensure the groups were heading in the right direction. He was careful not to give the groups answers that they should have to look up themselves.

Steady progress was made and by Easter most data had been gathered and groups were beginning to develop their models and check them over. Once the models were finished, the groups put them into slideshow format so they could present them and on Friday the 11thof May, the groups travelled down to the UL to present their mathematical models. They had worked long and hard so they were eager to show the fruit of their labours. The presentations were done in front of many esteemed university professors and Professor Des Leddin the Chair of Graduate Medicine in UL. It was an absolute success, the professors were very impressed with the proposed solutions to the problems. They asked a few tricky questions at the end but they were all well answered. 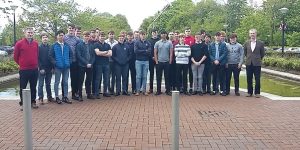 Back in Clongowes, the parents were invited in on Monday night (14thMay) to see the work that their sons had been doing for the last six months. All the groups got to present their work – perhaps using a little less jargon than before! The Headmaster, Mr Lumb, Mr Wallace, Mr Kelly and several teachers were also present and it was a very enjoyable night for all. The parents were very impressed with the students and they received a lot of well-deserved praise and everyone was invited to the castle afterwards for dinner kindly provided by the wonderful ref’ staff.

None of this would have ever been possible without Professor James Gleeson’s work, Mr Stephen O’Hara’s dedication and the consent and constant support of the Headmaster and Assistant Headmaster. Everyone is already looking forward to next year!