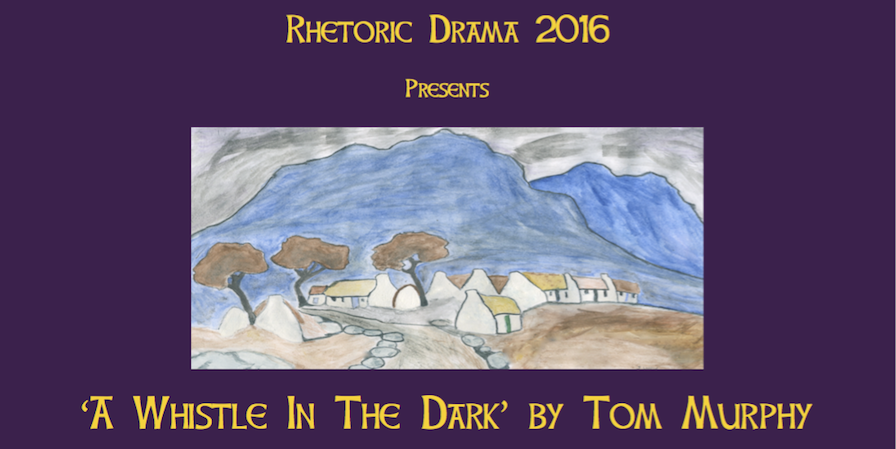 ‘Tom Murphy’s searing indictment of a distorted Irish masculinity, in the great tradition of Synge and O’Casey – telling Ireland what it did not wish to hear’ was included in The Irish Times list of ‘Modern Ireland in 100 Artworks’. A powerful portrayal of tribal violence, it tells the story of the climactic confrontation between Michael, the oldest of the Carney sons, and his father and brothers, a brawling, hard-drinking, criminal gang of Irish immigrants living and working in Coventry.

Murphy’s best known and most performed play will be brought to the stage in Clongowes for two nights only on Friday 25th at 19.00 and Saturday 26th November at 20.00 in the Sports Hall.

The smell of the greasepaint, the roar of the crowd.

Be there or be square…

Cast of A Whistle in the Dark