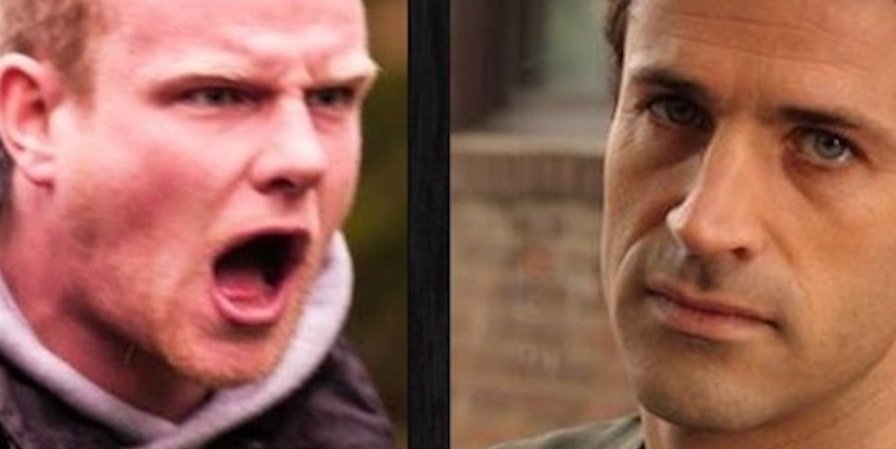 Love/Hate has a bit of a Marmite taste it would seem. Some would rather watch the Antiques Roadshow but 1.3million others have been glued to RTE every Sunday over the past six weeks. Whatever your views might be, it is undeniable that the antics of Nidge, Fran, Elmo et al. have superseded Chelsea’s recent woes as the main topic of discussion across Ireland. While the world of Love/Hate isn’t one which Clongownians would aspire to embrace, several have found themselves amongst the notorious drug lords of RTE’s finest production in many years.

A product of the famed London Academy of Music and Dramatic Art (LAMDA), Peter Campion (OC’05) took a break from a promising career on stage to land the role of ‘Stumpy’ Doyle in the opening series of the crime drama. Stumpy was an integral member of John Boy’s (Aiden Gillen) gang at the outset of the show. However, in dating Rosie – Darren’s (Robert Sheehan) ex-girlfriend, Stumpy’s status within the group was always under threat.  Peter has also appeared on the award-winning Irish series RAW, while most recently he depicted the main character in Channel 4’s dark comedy, London Irish.

Tom Ward (OC’05 – above left) once shared a cubicle with Peter during their time in Clongowes. Clearly some of Peter’s enthusiasm for acting on a 24-hour basis had an impact. Tom, who learned his trade at Dublin’s Gaiety School of Acting, makes a fleeting appearance as Derek in Season 2 of the hit series. Tom has since featured in several short films including The Underground and alongside former Irish boxer Steve Collins in The Street.

Finally, Clongownians will have recognised the familiar face of Adam Fergus (OC’98 – above right), in the shape of Detective Garda Ger in the most recently concluded series of Love/Hate. Adam has several notable credits to his name, including Damien O’Donnell’s feature film, Inside I’m Dancing alongside James McAvoy (Last King of Scotland), RTE’s The Clinic and most recently in Being Erica which aired across 80 territories in 2012.