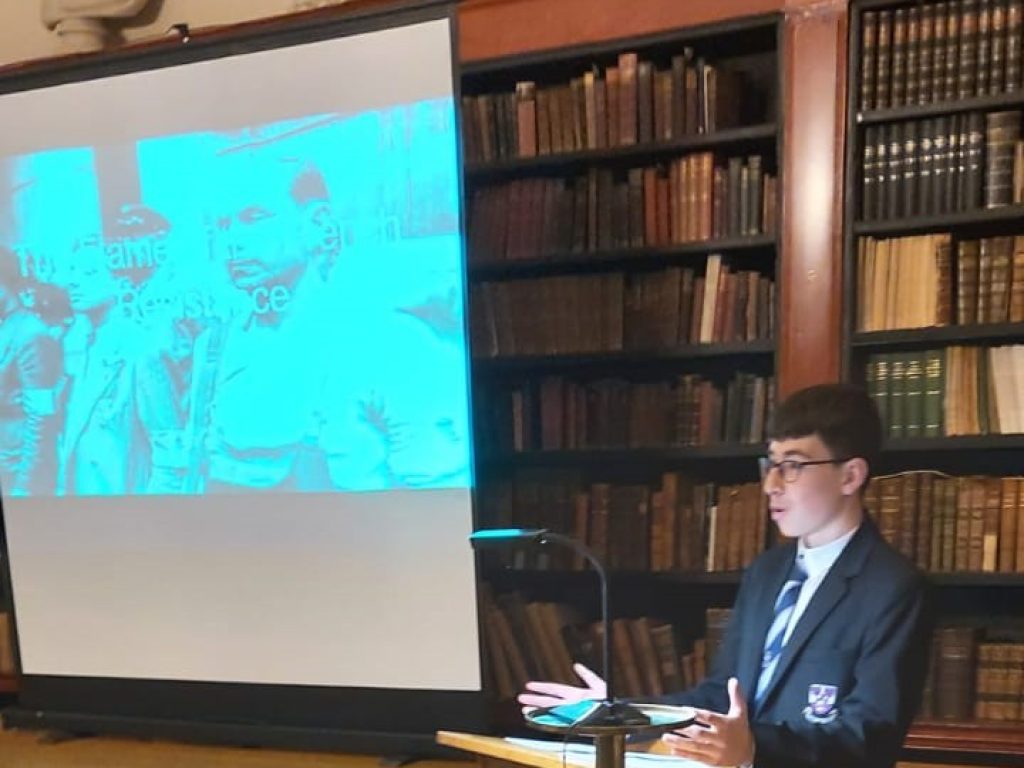 On Tuesday 22nd March the Academy returned with a very interesting paper from Benoit Clarke (Poetry) entitled: The Flame of the French resistance in WW2

To remind those that may be unfamiliar with the Academy:  The Academy was set up by Fr Hilary Lawton SJ, Prefect of Studies, back in the 1950s as a modern-day version of Plato’s Academy from Ancient Greece.  It follows a strictly academic model where each member must present a scholarly paper of some 40 minutes to his peers, who then pose questions about his research. Each paper is a culmination of the members’ exhaustive research into and analysis of their chosen topic. The Academy gives its members a chance to become experienced in the research process, public speaking and fielding questions from their audience. Fr Rector Michael Sheil SJ is the Academy’s Moderator and is a former member of the Academy, having delivered a paper on Norman Castles during his Poetry year. Each session is followed by questions, refreshments and the opportunity for lively for  discussion on the paper just delivered.

Benoit’s presentation brought the audience through the naissance of the Resistance, how it came to fruition, the political landscape in which the fighters operated and brought in some wonderful personal accounts from his French grandparents who were alive during the period.

It was great to see the Academy return to the beautiful Fr Peter Kenney SJ Library with the lifting of  Covid restrictions and our thanks to the Jesuit Community for welcoming the Academy back into the Castle.

Benoit’s paper in full is certainly a worthwhile read : The Flame Of The French Resistance In WW2