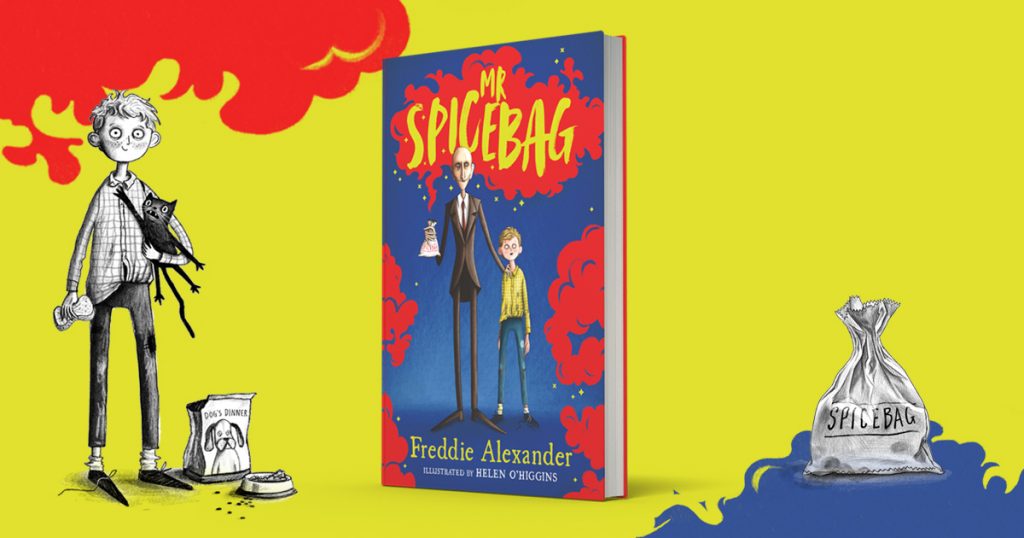 Spice bags are not on the Clongowes menu but can be found and smelt in the school some evenings. They definitely have their fans and have been known occasionally to replace the ‘coffee’ during those ‘Coffee Evening’ treats, somewhat nudging out the popular pizza treat at times.

As such it was impossible for Ms O’Loughlin, the Librarian,  not to add a book called ‘Mr Spicebag’ to the library’s collection. Elements were fortunate on Friday last to have been visited by its author, Freddie Alexander.

Like a number of the students Alexander was a fan of Roald Dahl as a child and his writing has been influenced by the master, with its balance of  humour and darkness. Mr Spicebag tells the story of a town addicted to spice bags. Mr Spicebag knowingly adds an addictive mix of spices. His customers love the taste, eating them has become their focus to the detriment of their lives. George, the ten year old vegetarian protagonist avoids this nasty food but becomes aware of the magic in the spice mix and the story unfolds.

Alexander described the discipline he set down for his writing, beginning at 7am each morning before his day job as a solicitor.  He recognised how fortunate he was that his dedicated focus paid off when Harper Collins Ireland took an interest from the first presentation of his manuscript.  There was some editing required – some actions Roald Dahl characters might have got away with were no longer deemed appropriate!  He credited the book’s illustrator Helen O’Higgins with adding to the book’s appeal, particularly its eye-catching cover of Mr Spicebag alongside George.  A shout out for the novel on The Late Late Toy Show was a highlight for him since publication. 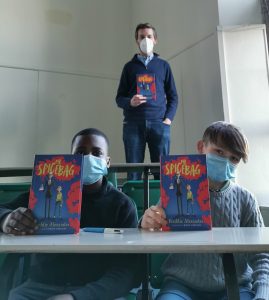 The students interacted from the outset of the session. Alexander noted that a number of the questions were particularly interesting, such as ‘Were you disappointed that you had to remove some of your original writing?  If the book was made into a film, who would you like to play ‘Mr Spicebag?’

Students Dave Lannen and Godswill Ukaga each won a copy of Mr Spicebag.  They were the first to answer questions correctly based on the session. They were delighted, even moreso to have the book signed by Freddie Alexander. He tells us there’s another book to look forward to. We wonder if it will be as tasty!