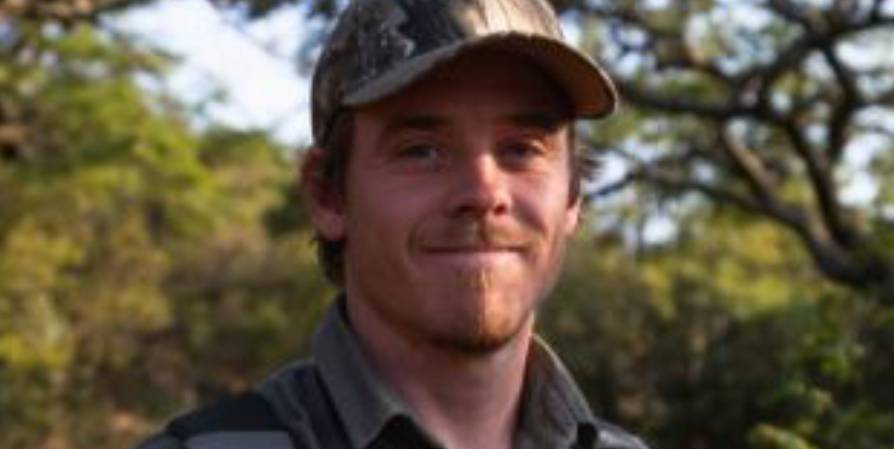 Congratulations to Mr Niall Beddy OC ’04 who has been named Alumnus of the Year 2019 in recognition of his outstanding contribution to conservation efforts in Africa. Niall will receive his award at the Clongowes Union Dinner on Friday, February 7th.

The first-ever Alumnus of the Year award was presented at the Union Dinner back in February 2016 and has been awarded annually thereafter. This initiative encourages Old Clongownians, the Jesuit community, Clongowes staff and current parents to put forward nominations for suitable candidates who they believe should receive this accolade. The award recognises the hard work and dedication of Old Clongownian candidates under the following categories:

Niall has worked tirelessly over the last ten years, often without pay and in harsh conditions, to help protect some of Africa’s most endangered species including the cheetah, elephant and pangolin. He began his journey with terrestrial field guide training whilst assisting with conservation research on the top five African nature reserves. After multiple poaching events in 2013, he began working with private reserve owners in the Northern Limpopo Province to provide protection and financial assistance against poaching for populations of white and black rhinoceros.

Niall created a citizen science program through WILD-LIFE Conservation NPO that gathers valuable data on leopards and hyena which assists with understanding predator populations and their densities.

Niall is the founder of ‘Wild Heart Conservation’, a not-for-profit organisation, which he runs on a 18,000-hectare site. Wild Heart Conservation provides data crucial to the protection of white rhinos and leopards. His conservation workshops are instrumental in educating others in wildlife conservation and help draw attention to the plight of these endangered animals. His provision of field training in anti-poaching procedures has made huge inroads into combating the illegal poaching of endangered species. Niall has used his influence as a published photographer to shine a spotlight on Africa’s poaching epidemic.

Niall’s quest to develop his knowledge of the environment and the world’s natural heritage along with his ceaseless efforts to share this information with the public has helped to reduce the number of poaching fatalities leading to an increase in the Rhino population – one of Africa’s endangered species. The current president of the Clongowes Union Maelíosa Power OC ’89 commented on Niall’s achievements thus far “We are proud to have Niall Beddy as our Alumnus of the Year 2019, he is a very selfless young man who has, and continues to, devote his time and energies into animal conservation, the impact of which will be felt for generations to come.”