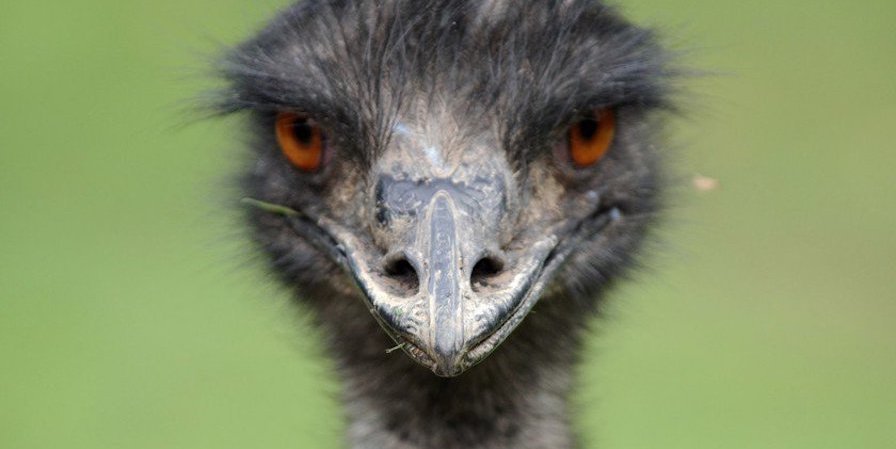 Seán held his audience spellbound as recounted the tale of the eponymous conflict – a nuisance wildlife management military operation undertaken in Australia over the latter part of 1932 to address public concern over the number of emus said to be running amok in the Campion district of Western Australia. The unsuccessful attempts to curb the population of emus employed soldiers armed with Lewis guns leading the media to adopt the name ‘Emu War’ when referring to the incident. Emu (and animal) lovers will be glad to know that – while a number of the birds were killed – the emu population persisted. Protests from ornithologists and conservationists meant that exclusion barrier fencing became a popular means of keeping the birds out of agricultural areas

The Academy is a peculiarly Clongowes’ institution that has been running for over half a century since it was inaugurated by Fr Hilary Lawton, Prefect of Studies (the Headmaster in to-day’s structure) in 1953. Based on Plato’s Academy that thrived in Athens over 300 years before the birth of Christ, the Clongowes’ body follows a strictly academic model with each member presenting a scholarly paper of some 40 minutes to his peers, who then question him on his research in often energetic exchanges – and, occasionally, agreement-to-agree-to-disagree!

Topics often reflect the concerns of the time with the first season receiving papers on the then-current Spanish Civil War, Atomic Theory in Modern Chemistry and the first ascent of Mount Everest. More often than not, however, the choice of paper will come from the Academician’s personal interest in a particular subject. Indeed in its second session (1954-55), the present Rector of Clongowes and Moderator of the Academy delivered himself of a paper on Norman Castles when still a callow Poetry student.

The Academy assembles on Tuesdays in the Museum Library at 21.15 and considerable research goes into the preparation of the papers – with each Academician relying on his own initiative with a minimum of direction. To-day book-research is supplemented by the Internet – especially for visual support. This year the Academy celebrates its 64th year and the topics are as varied as ever as the list below will attest.

The Academy follows the voting system of l’Académie de France whereby the sitting members choose their new companions as the Rhetoric Academicians prepare to pass through the Portals of Freedom.