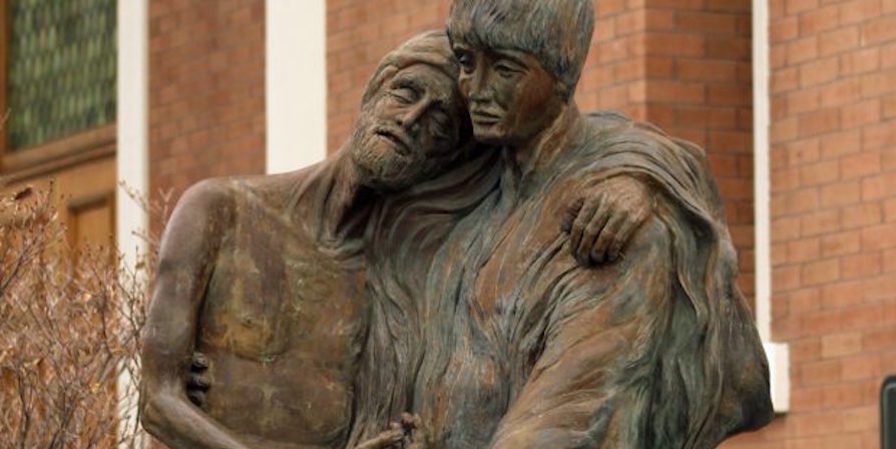 The highest decoration given on Union Day in Clongowes is the Aloysius Award, named in honour of our patron saint, St Aloysius Gonzaga. The accolade is given for, inter alia, ‘courage and determination in personal and communal life – for development of character [and] placing his talents at the service of others’. These characteristics and the character formation that they betoken do not come easily or quickly, nor do they emerge fully formed in the final year of school. Courage and determination are nurtured through many years spent in Clongowes and fostered though many activities and experiences throughout those years…

This year, at the invitation of Pope Francis, the Church focuses its attention on young people and the Society of Jesus simultaneously celebrates the 450th anniversary of the birth of Saint Aloysius Gonzaga (March 9, 1568) and the death of Saint Stanislaus Kostka (August 15, 1568), the patron saint of Tullabeg College, which amalgamated with Clongowes in 1886. For its part, the Holy See has announced the celebration of a Jubilee Year of St. Aloysius, from March 9, 2018, until March 9, 2019. It has identified the Church of St. Ignatius in Rome, where lie the remains of Saint Aloysius, and all churches in the world dedicated to this young Jesuit, as privileged places of pilgrimage[1].

Aloysius Gonzaga manifested a vigorous personality from a young age. He was born and grew up in a Christian family setting, in which letters written by Jesuit missionaries from distant places were read; but his family context was also a worldly one, full of sensuality, ambition and violence, that promised him a future of wealth, fame and power. Nevertheless, with a strong faith, an amazing interior freedom, and resisting pressures of all kinds, he sought to be guided by the voice of the Spirit that resonated in his conscience, adopting the following of the Lord as his way of life. Like St. Stanislaus, he overcame resistance from his family and completely surrendered himself to God in the Society of Jesus, founded only a few decades earlier.

Aloysius Gonzaga only had time in his life to devote himself fully to formation; his utter commitment to that formation justifies his being considered a model for young Jesuits. He died as a theology student, at the age of 23, having contracted the disease of those who, in Rome, were excluded and marginalized because of a terrible plague that wiped out half of the city’s population. Caring for them voluntarily, he risked himself and gave up his life for them. In the face of this witness, Pope Benedict XIII proclaimed him patron of youth in 1729, Pope Pius XI named him patron of students in 1926, and, on the fourth centenary of his death in 1991, Pope John Paul II declared him patron of those suffering from AIDS.

The material above is taken from a letter addressed to the Society of Jesus by Fr Arturo Sosa, S.I. Superior General. The full text of the letter may be found here.     More on St Aloysius Gonzaga here and here.

[1] As in every Jubilee year, the Holy See grants a plenary indulgence to those who celebrate this Jubilee.