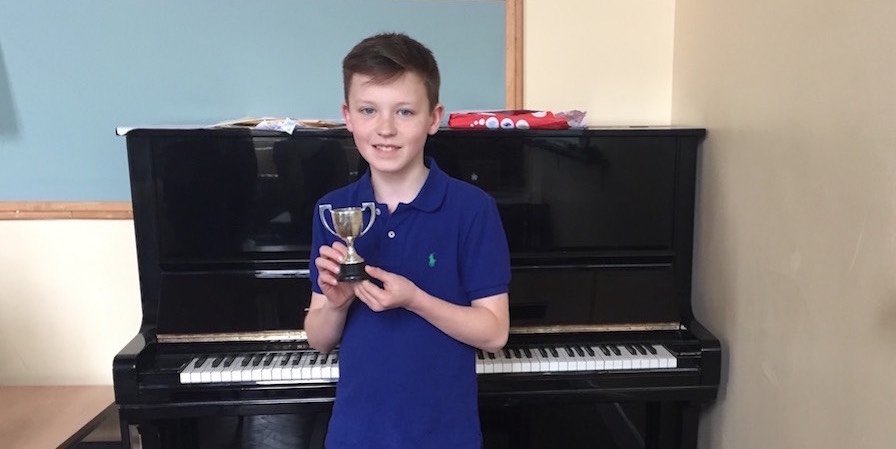 If you have any contact with Sean Lannen (Elements – pictured above) over the next few days, please take the time to congratulate him on being awarded first place in the Wesley College Interschool’s Music Festival, in the U14 Solo Singing competition. You might also spare a word for David Scott, Sean’s vocal teacher, who tells us more below…

Last weekend boys from Clongowes Wood College represented the school at the Wesley Interschool’s Music Festival and brought home some silverware, with Sean Lannen of Elements winning the Under 14 Solo Singing competition. At only 12 years of age, Sean’s performance out of 19 other candidates from other schools was both impeccable and grounded, having performed a most challenging song ‘O Men from the Fields’ by Herbert Hughes. His performance was deemed as ‘mature, grounded and meaningful beyond his young chronological age’ by adjudicator, Ms. Lynda Lee, Royal Irish Academy of Music. He was awarded with a gold medal and the Power Cup.

The Senior Choir was also in action in the Frank Hughes Cup for Secondary Schools Boys’ Choir Competition. In a highly competitive contest they finished in 4th place, only four points behind the winners from Blackrock College They sang Queen’s ‘Under Pressure’ and adjudicator Donal Doherty praised the choir for their excellent articulation and characterisation.