An Old Clongownian and a Knight of the Realm 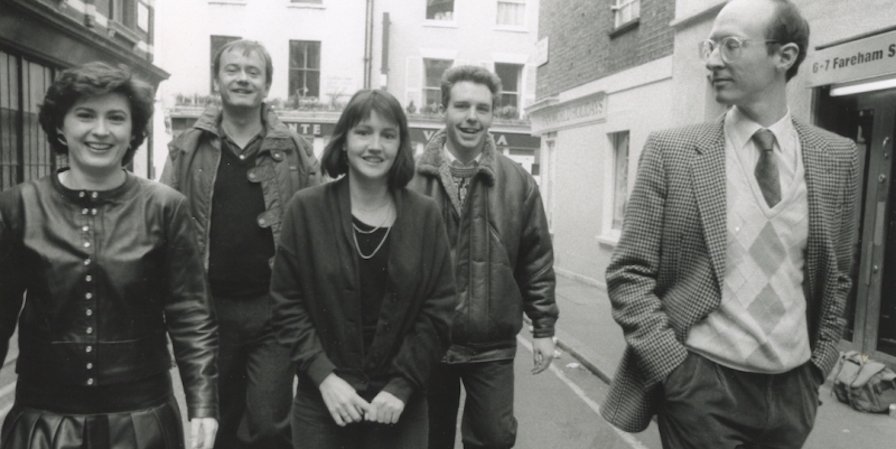 When William Sargent (on the right above) and a group of like-minded friends established Framestore in 1986, few could have predicted how successful the visual effects company would be. With clients ranging from big Hollywood studios to major brands such as Coca-Cola, Volkswagen and Nokia, Framestore continues to churn out high-end images for high-end clients in the film, music, advertising and design fields.

Born in Ireland but raised in Brazil where he was taught by American nuns, William Sargent returned to his homeland and enrolled in Clongowes in 1968. Upon graduating, Sargent read Business and Law at Trinity College and was particularly taken by the commercial aspect of the course. Using some newly acquired entrepreneurial skills to pay his way through college, Sargent tapped into the music industry and began to rent out sound equipment to parties and touring bands including Van Morrison and Thin Lizzy. With a degree under his belt in 1978 Sargent opted to travel for a time before ultimately settling in the UK where he met some interesting people in an electronics company based in Cambridge.

Framestore came into being when, while sitting over dinner, Sargent and his colleagues realised that their creative aspirations were being inhibited. “It was a gamble but we were young and had the right mix of skills. We began by applying computer programmes to music videos and commercials and moved into film in the mid-1990s when the technology had evolved sufficiently… We bought the equipment for a lot of money, with debt we could never have repaid.”

As CEO of Framestore, Sargent can list some stellar projects that have been produced under his watch. For instance, the firm is responsible for the visual effects that can be enjoyed in Harry Potter and the Deathly Hallows, The Dark Knight, War Horse, the James Bond hit Quantum of Solace and Avatar (the highest-grossing film of all-time). Remarkably, teams of 40 VEPs (visual effect people) will work for up to eight months to make 10 minutes of film. Despite it being a competitive, high-risk and high-cost enterprise, Framestore now ranks with the very best in the world – and has the awards to prove it including an Oscar (The Golden Compass, 2008) and several Emmy awards.

Yet despite his commercial achievements, Sargent strove for something more. Initially called in by the EU to work on a high-definition TV study group, Sargent was subsequently appointed to chair the Better Regulation Executive by Tony Blair in 2005. Later he became a Non-Executive Director at the British Treasury. In these roles he piloted two constitutional reform bills through the Westminster parliament. “I do remember one day when I spent the morning sitting in on a discussion about Icelandic debt and the afternoon working on a problem involving Dobby, Harry Potter’s house elf!”

A humble Irish man, Sargent had some qualms about accepting a knighthood from Queen Elizabeth in 2008 for his governmental endeavours and he only uses the title on business cards in America. For someone who has rubbed shoulders with Hollywood heavyweights like Stanley Kubrick and Steven Spielberg as well as British Prime Ministers, Sargent has continuously sought to play down the trappings of his dual career. Indeed if only he could convince the managing directors of Framestore otherwise, the little gold statuette would be removed from the display in the waiting room.