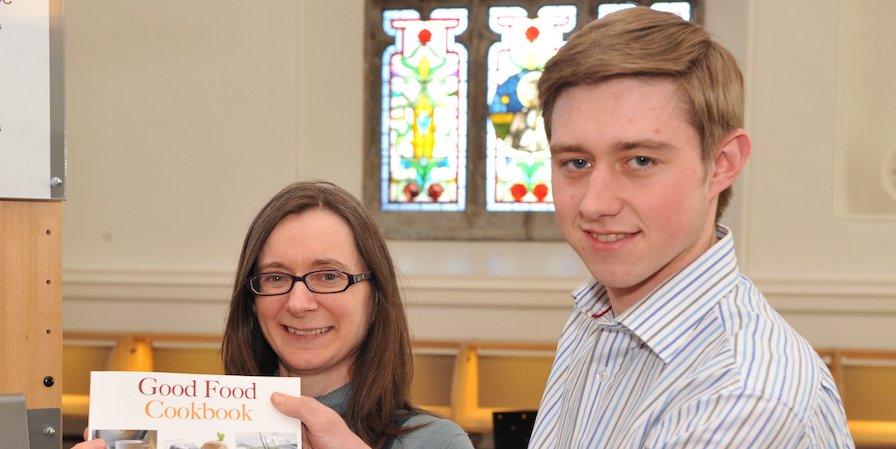 Last Monday (20th May) in the James Joyce Library the Headmaster Fr Moloney launched the Good Food Cookbook by Richard Banahan (Rhetoric). Richard wrote and designed the book himself and did all the photography at home and in the garden. The book is a joy to hold and read and Richard says that the inspiration and flair comes from his parents who like to hold intimate dinner and garden parties.

€500 of the proceeds from the volume are being donated to the Duck Push fund, which raises money for Our Lady’s Children’s Hospital, Crumlin. This is not Richard’s first philanthropic venture; when he was in third year he organised a charity concert, which raised €1000 and in the same year he donated his prize winnings from the Navan Senior piano competition to the same worthy cause.