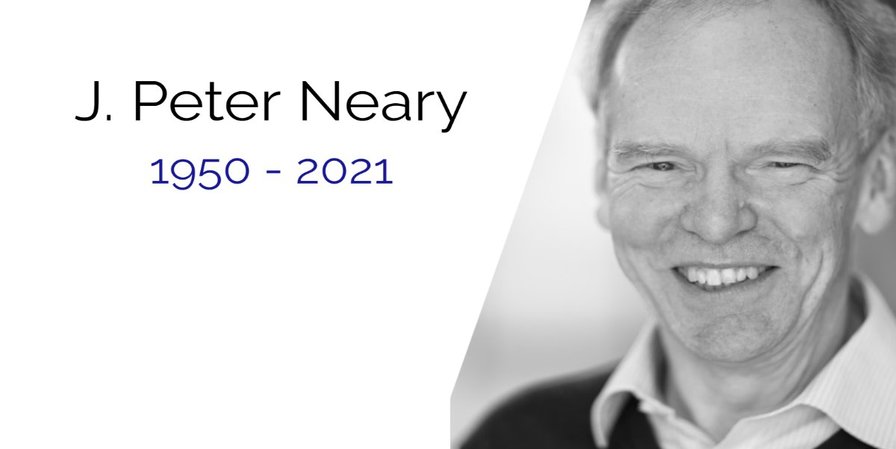 It is with great sadness that we learnt of the death of Professor J. Peter Neary. Born in Drogheda in 1950, Peter left Clongowes in 1967. He was the Rhetoric Imperator winning prizes in Latin, Irish, Mathematics, French and History and was secretary of the House Debating Society. He went on to study economics at UCD and Oxford and was appointed a full professor of economics at UCD at the incredibly young age of 29, succeeding Professor James Meenan (OC 1928). In 2006 Peter returned to Oxford where he was a fellow of Merton College. Amongst his many achievements was his presidency of the European Economic Association. In the words of the current president of the EEA ‘Peter was an eminent international trade economist and instrumental in the development of trade research in Europe. He was also a much-valued member of the trade community in Europe. Energetic and insightful, he was a constructive presence at any conference and a great mentor to junior scholars. His warmth and wit were much loved and admired, and his dinner toasts true highlights.’ Below, we have attached an obituary by Colm McCarthy that appeared in the Irish Independent.

In April 2018 Peter, on behalf of the Clongowes Foundation, delivered a talk to a gathering of Old Clongownians and guests in London on ‘Experts, Brexit and the Role of Economic Science.’ Aptly described by one of the attendees as ‘humble, humorous and intelligent’, Professor Neary, who at the time was President of the Royal Economic Society, introduced us to the theories of Ricardo and the facts supporting international trading patterns. For someone who had delivered the Ohlin Lecture at the Stockholm School of Economics, the Graham Lecture at Princeton University and the Corden lecture at the University of Melbourne, Peter was able to bring clarity of thought to a less challenging audience.

Peter died in Oxford last week. On behalf of the Clongowes Foundation and the College, we send our heartfelt condolences to his family and friends.

Categories: Featured News of The Past