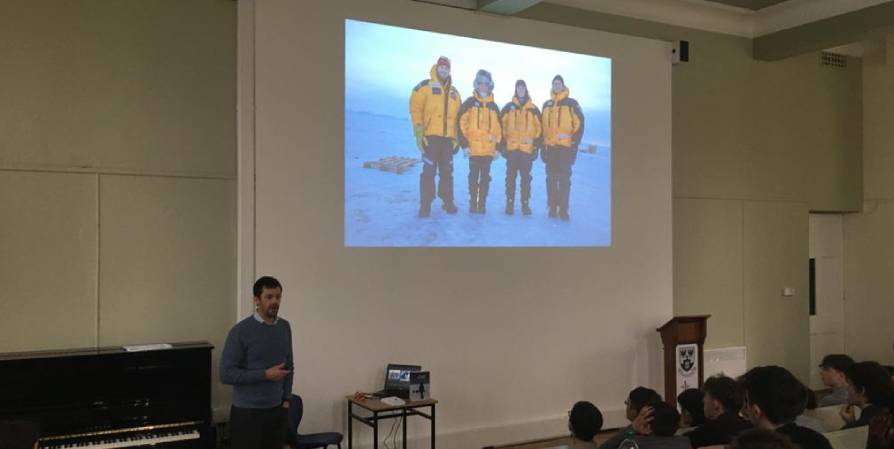 The boys listened on intently as Alex recounted his journey into some of the harshest environments known to man. He explained that he had set out, with his team of four, on a world-first expedition to ski in total darkness from Greenland to the North Pole in the depths of the Arctic winter.

The subzero temperatures and extreme conditions of the Arctic were brutal, and the group struggled despite their relatively good health. A huge storm destroyed their intended route and they were faced with a tough decision – to retreat or continue – they decided on the latter and forged ahead. The group explored the region of Avanerriaq – the home of the Polar Eskimos, an immensely private aboriginal community who have remained mostly isolated from the modern world because of their remote location. The Polar Eskimos, or Inuit, are not accustomed to welcoming strangers into their community – Alex and his team faced a formidable challenge – gaining their trust. 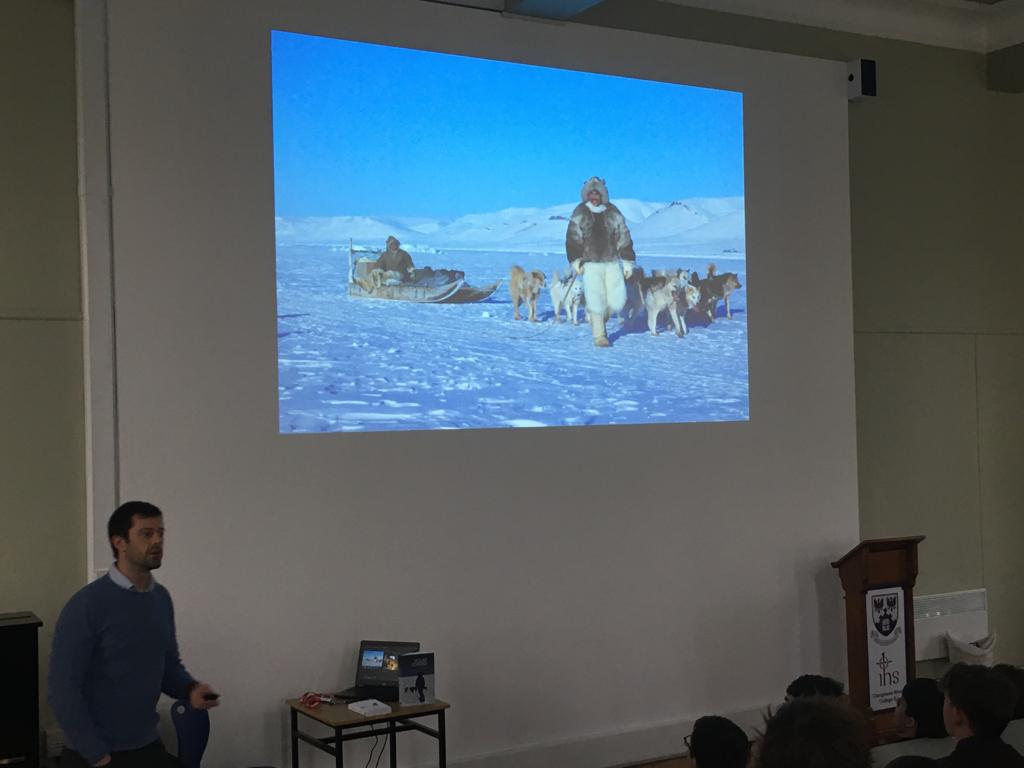 The group gradually integrated with the local people – they spent six months learning about the indigenous Greenlanders’ culture and way of life. The Inuit taught them the art of hunting, sledge-making and driving working dogs – who could be rather disobedient. He has detailed this amazing experience in his book Polar Eskimo and he has written several other books about his polar explorations. He has kindly gifted a copy each of The Long Haul and Polar Eskimo, to the James Joyce Library. There is no doubt that both will be checked out on a continuous rotation following his guest appearance which has left the boys in awe.

Many thanks to Alex for sharing his remarkable story which has sparked curiosity amongst the boys who can’t wait to read all about his many Arctic expeditions.