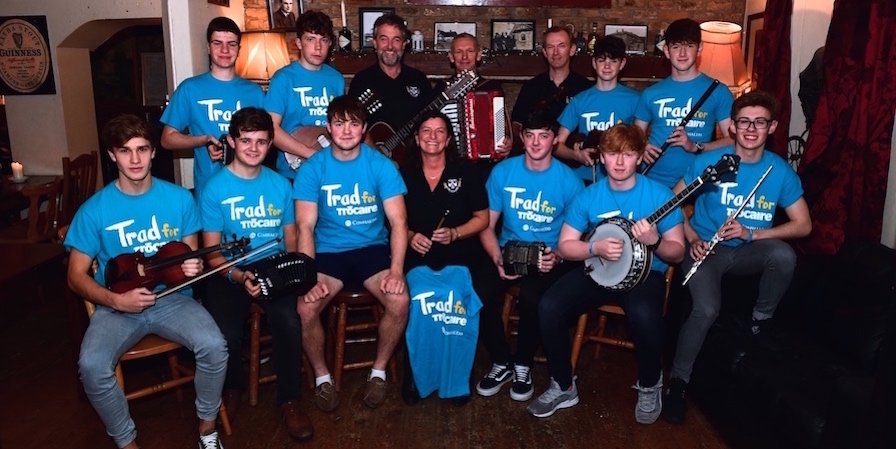 On Tuesday April 9th the Clongowes Trad group had their final session of this year in Connolly’s of Ballagh. It was final in more ways than one, as it was time to say goodbye to the six Rhetoric students, most of whom had been with the Trad group since first year. The night was a lively one with some great sets of tunes and a beautiful rendition of ‘Sweet Sixteen’ from Seán O’Grady. Ms Catherine Heslin takes up the tale…

As a group we reminisced over the past six years, our annual ‘Road Trip’, our links with Trócaire, our sessions in Connolly’s (not forgetting how well we were fed in the various establishments that we played in!). It was roundly agreed that the highlight for the group was the recording of the Trad Group Album earlier this year, which will always be a wonderful memory and a tangible souvenir.

It has given me great pleasure to watch the students develop into fine musicians over the past years. Music is always something that they can take with them wherever they go, and a love of their culture and traditions is a value to be prized. The shared experiences of playing music together, socialising together and just having fun are all memories that the group will have long after academic life is over.

The students were presented with a picture made up of a photo of their first ‘Trad for Trocaire’ in 2013 (below) and their last in 2018 (above). The physical changes from small boys to young men was apparent, not visible, but more importantly has been the development into mature, confident and accomplished musicians.

Started in 2008 by Clongowes music teacher, Ms Catherine Heslin, the Clongowes ‘Trad Group’ is a collaboration of students from all year groups as well as staff members. The group is made up of musicians playing a variety of musical instruments including the fiddle, flute, tin whistle, guitar, banjo, mandolin, cajón and bodhrán. The group meets once a week to rehearse and they are regular performers at school events as well as outside of the college and have also raised much money for Trócaire over the years. 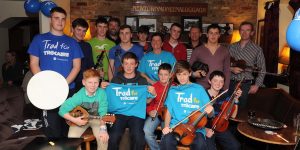