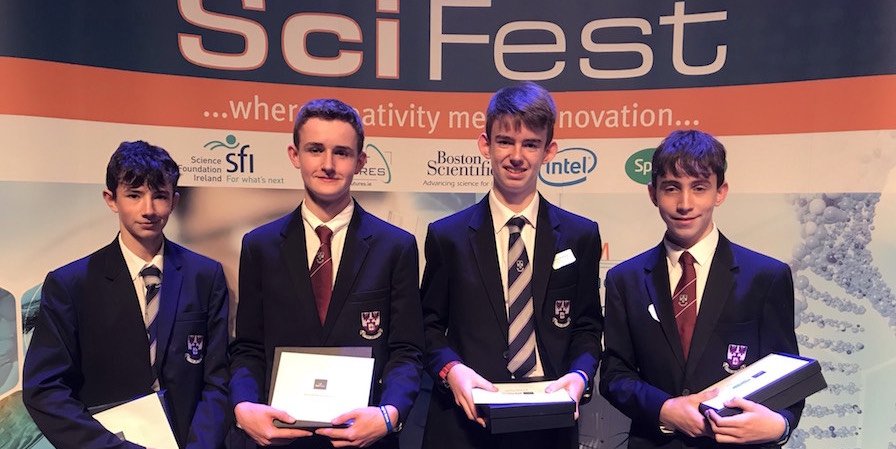 On May 3rd, six Elements students took part in SciFest@DCU which is the next level up to our own SciFest@School fair (See here for more). Under the guidance of Ms Yvonne Nolan the boys took their places among 200 other students from 1st to 5th year and 121 other project entries.

There were 10 major prizes on offer and our students collected four of them despite their youth!

Aodhan will now be afforded the opportunity to compete in the National Competition against all other Best Project Awardees with the chance to represent Ireland in the International Science and Engineering Fair in California in May 2020. This is an exceptional result for a First Year Student.

All of our student entrants were commended for their communication and Christopher Keenan and Matthew Ruddy – despite not picking up prizes – were excellent.