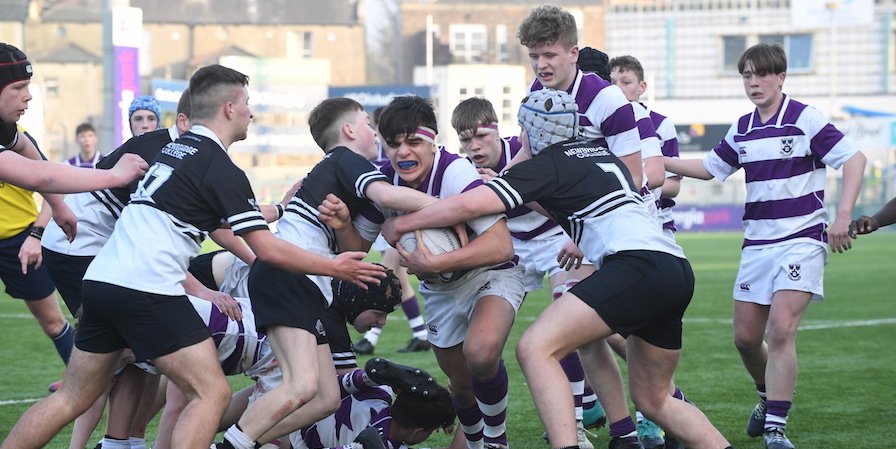 The proverbial ‘game of two halves’ in Donnybrook yesterday concluded with a late win that put Newbridge College into the semi-finals of the Leinster Schools’ Junior Cup and left Clongowes players and supporters alike to wonder what might have been and how a game that we had often controlled had managed to slip away so agonizingly and so late. The match hinged on two crucial scores for Newbridge at the end of either half that netted them the 14 points needed to overhaul the 12 that Clongowes had posted in the first 10 minutes. Few in the ground at that stage thought we would fail to add anything to that total, but so it proved as all further efforts (and there were many) came up short. 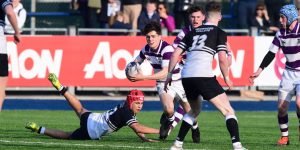 It’s never too early to score in a cup match and there were only 52 seconds on the clock when Leo Dowling dotted down following some fine forward play with Charlie McNamee adding the extras for a 7-0 lead. A scant eight minutes later, following huge pressure on the Newbridge line, Inigo Cruise-O’Brien powered over for another five points only for the fine conversion attempt from the left touchline to strike the post and fall wide (12-0). Clongowes retained their composure to absorb a period of Newbridge pressure that intensified as the clock ticked down towards half-time. Awarded a penalty close in they opted for a scrum and repeated the strategy when Clongowes infringed again. The tactic worked as the Newbridge pack squeezed the ball onto the whitewash deep into stoppage time for a converted try that gave them hope and our men pause for thought. Game on. 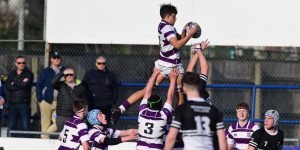 Clongowes started the brighter in the second period but were unable to add to their advantage in the face of some very dogged Newbridge defence before the tide turned somewhat and Newbridge began to make inroads of their own. Clongowes seemed to have weathered the storm and were working the ball across the three-quarter line when an interception saw the Newbridge first centre run half the length of the pitch to touch down under the posts for the easiest of conversions and the lead for the first time (14-12). Just four minutes remained, an eternity for defenders but not enough if you’re chasing the game and the contest ended as it had begun, with Clongowes pressurizing the Newbridge line only for the ball to run dead to the sound of the referee blowing for full time. 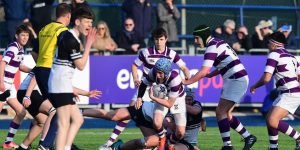 And so a season that started as much in expectation as in hope came to an abrupt halt a month earlier than we would have liked. But all hope should not be lost as many of these young players will be back in action next year and will have learned much from their experiences throughout the season. Kudos must go to the coaches and to the enormous collective effort by the fifteen starting players and six subs who gave their all on the Donnybrook turf yesterday and never – ever – said die. 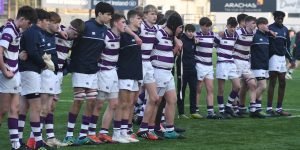