What will survive is love

Home / News / Clongowes Stories / What will survive is love 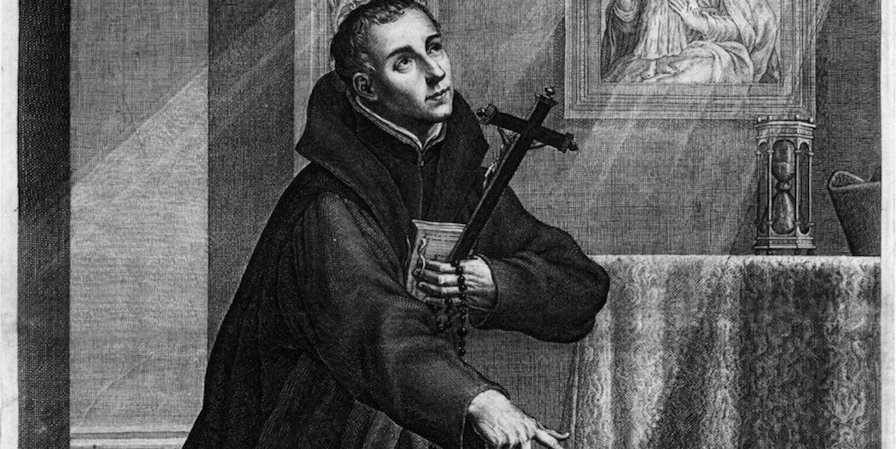 Today is the feast day of St. John Berchmans, born 1599 in modern day Belgium. Deputy Headmaster, Mr Martin Wallace spoke of him at Morning Prayer earlier and also reflected on the nature of dedicating lives to the service of others…

When, in 1616, John Berchmans told his parents that he was going to join the Jesuits, his father did everything he could to stop him – even refusing to support him financially. John did not hesitate and was sent to Rome to further his studies, where he was remembered as a very cheerful, contented person. At the tender age of 22, he fell victim to malaria and died.

So what does the life of this seventeenth century saint have to say to you, the teenagers of 2018 or even to those of us who are not quite so young? What possessed him to become a Jesuit at 17? Was it the lack of opportunities for a teenager in Belgium at the time? The absence of a vibrant social scene or social media that might have broadened his horizons? Were he a 17 year old today, would he have had the good sense to celebrate his Leaving Cert results in Aya Napa and gone on to study BESS in Trinity?

For that matter, what possessed Fr Sheil or Frs Michhael or Barney McGuckian to become Jesuits? These are men who had great prospects of academic, financial and social success. What made them choose a life of servicw – a life of giving… I can’t answer for them – I can only speculate. When St John Berchmans was nine years of age, his mother fell seriously ill and young John spent several hours every day by her side, keeping her company and caring for her. Perhaps this experience awakened in him a realisation that our time on this planet is relatively short, even if we receive a more generous portion than he did. Perhaps young John asked himself what our existence is for. What is its meaning when we know that we are just passing through?

The great artist Bob Dylan has a song called ‘Gotta Serve Somebody’. The chorus goes

You’re gonna have to serve somebody

But you’re going to have to serve somebody

Dylan offers a binary choice, serve the devil or serve the Lord. Dylan, growing up in the Jewish faith, was steeped in the language of the Bible. We could translate his provocative statement into more familiar language:

You’re gonna have to serve somebody

But you’re gonna have to serve somebody.

St John Berchmans, Fr Sheil and Fr McGuckian made the decision to give their lives to service, inspired by the person of Jesus Christ. Many other people, who did not become Jesuits, also dedicate their lives to the service of others.

This is the month when we remember our loved ones, who have died. We have written their names on little dockets and hung them from the Tree of Remembrance. When we reflect on their lives, we remember what they left behind – not in their wills, but in their impact on our lives. I wrote the names of my parents on one of those dockets. It is almost forty years since they died and yet I feel their closeness today more than I did when they were alive. As a teenager, I took their presence for granted, hardly gave them much thought when there were so many interesting experiences to enjoy and when they were gone their absence left a terrible sense of emptiness. And then, as I reflected on the sacrifices they made for me, and the non- material gifts they gave me, the emptiness began to fill up with a treasure trove of blessings, gratitude and appreciation.

All these years later, whether it is the month of All Souls or Christmas time or their anniversaries, I still feel a sense of grief, but it is a gentler grief, tinged with gratitude and enveloped with a sense of privilege that these two people had brought me into the world, nourished and cherished me and fashioned me in their image. I don’t know how it will be, but I have a confidence that I will be reunited with them eventually in some kind of a way that I am happy to describe as God’s embrace. Their lovestill burns brightly for me.

The message of St. John Berchman’s short life is, I think, a simple one: What will survive of us is love.We pray this morning for Rhetoric – who embark on their final school Retreat tomorrow – that they may be guided in their prayer and reflection towards a life of meaning and fulfilment.

When he was sent to Rome to study theology John Berchmans had to walk the entire 800 miles from Antwerp to Rome. Hoping to serve the multilingual migrants overrunning the continent at that time, John resolved to learn all the chief languages of Europe and he demonstrated great linguistic ability. In Rome he died before his ordination and immediately after his death many of the Roman laity familiar with his scholastic ministries began to venerate him as a saint. John, who was noted for his good-natured disposition did nothing extraordinary, but did ordinary things extraordinarily well.