All Ears in Third Line 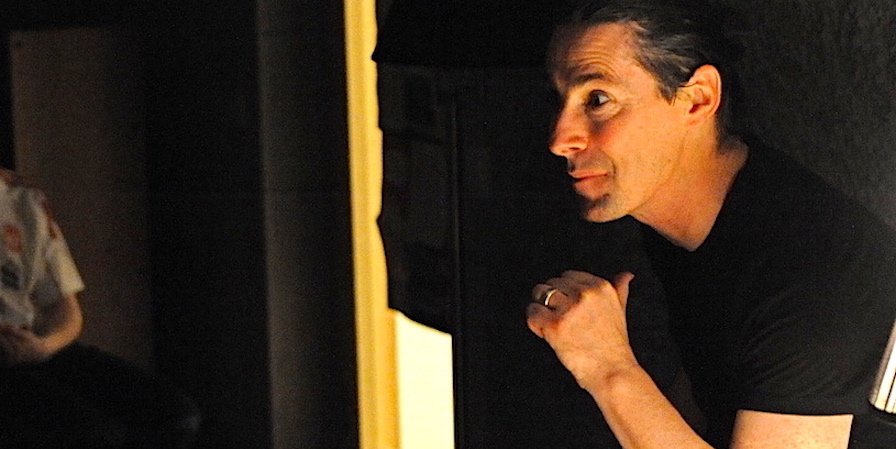 From ghoulies and ghosties and long-leggedy beasties

And things that go bump in the night – Good Lord, deliver us!

Thus runs the ancient Scottish poem and the gentlemen of Elements and Rudiments may have concurred at times as they listened to storyteller Niall de Burca, who made his annual appearance in Clongowes last Tuesday. Under the baleful eye of the dormant TV set in the Elements’ dormitory Niall disdained wires, channels, moving pictures and portals to the Internet as – with just a plastic chair and standard lamp as props – he held his young audience in thrall with only the sound of his voice and the wealth of the tales that he told.

Having established the breadth of geographical backgrounds in the room, Niall elected to spin a yarn of the de Lacy family from Trim that had the boys (and the occasional adult) gripping – and sometimes leaping from – their seats. He stalked the room with menace and mesmerising voice, his long limbs flailing about as he enacted as well as recounting the tales he told. This was the ancient art of storytelling – a cornerstone of our culture – at its best, presented in its purest form by arguably the country’s greatest master of this art.

The magic of storytelling

A human voice making you believe it is speaking to you alone as it draws pictures in your mind’s eye and weaves an enchanting spell. De Burca’s magic lies in the power of his voice with a range of registers worked to lull the audience to attention, transporting them to the past and to places of legend, crafting characters, creating atmosphere and evoking emotion. De Burca also draws on his body to work the magic of his storytelling, positioning, posing and contorting it into the actions and antics of his characters.

There is more magic in the intimate bond that de Burca forms with his audience, his voice and body adapting to different characters – from the jaunty cheeky Dublin youth to the looming keening Banshee – that swings the audience from comfort and fun to unease and fear within seconds. De Burca is a master at his art and we are privileged and grateful to experience this now rare form of entertainment.

Niall finished the session through the fun yet scary tale ‘Fiddle – de –di’. It is one of our favourites yet we never tire of hearing it and still jump at the scary parts! Likewise these young men were listening – intently – as De Burca transfixed them, commanding their gaze and attention as screens do on so many devices today.

The students’ TV has now regained its position but is unlikely to create as memorable an evening for the students as De Burca’s storytelling did last Tuesday night.Niall de Burca take a bow! Thanks again for another great evening of entertainment.