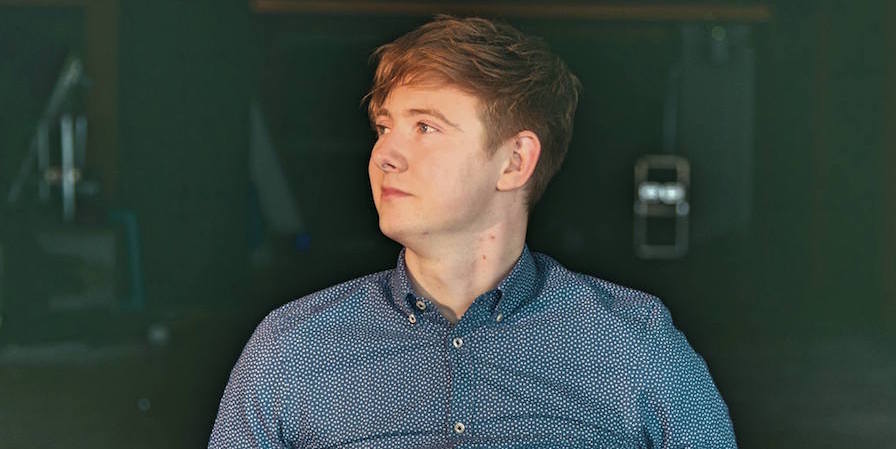 In 2012, just over a year after leaving Clongowes, Jack Kavanagh (OC’11) sustained a spinal cord injury following a simple windsurfing accident only weeks before entering his second year of Pharmacy in TCD. As a result he is paralysed from the armpits down with 15% muscle function remaining. However this has not deterred Jack from completing a BSc in Pharmacy and he is currently studying for his Masters. At the same time through talks and workshops he continues to deliver to audiences on the concepts of resilience, personal leadership and the power of choice.

Cultivating and maintaining leadership and resilience in life is a constant challenge and Jack held those of us lucky enough to hear him in the palm of his hand as he recounted his misadventure and subsequent adventures in his vastly altered life. He was a gentle speaker – a soothsayer – as he reassured us about his life and our own, and spoke of the magic that we all carry with us. And magic filled the room as this courageous and undaunted young man cocooned us with his faith and hope. It was impossible not to be touched.

In 2016 Jack gave the acclaimed Tedx Talk, ‘Fearless like a child, overcoming adversity’ and a year later was included in a list of 50 Incredible People Who Are Shaping Modern Ireland as someone who is inspirational. The citation included an award winning documentary ‘Breaking Boundaries’ that Jack and some friends made based on a road trip around America, showing that, in his own words, ‘nothing is insurmountable’.

If Jack was the headline act, whom we had come to see, Mark Maxwell (OC’10) – who chaired the ensuing ‘Question and Answer’ session – was the surprise package, who also left quite an impression. While on a GAP year in 2010 Mark had a suspected heart attack and was left with a heart condition that put paid to his plans as keen rugby player.He continues to live with the ailment today but – like Jack (with whom he has become firm friends) – has risen above the disability and also managed to shine some light and no little fun into the room and our lives.

We would like to thank the amazing Jack and Mark for taking the time to share their experiences as part of the Leadership Series 2018, organised by the Clongowes Foundation in conjunction with the Clongowes Union. Both of these men are very inspirational Old Clongownians, who have shown remarkable courage and strength, while maintaining great senses of humour. Gentlemen, we can’t wait to hear your respective next chapters.