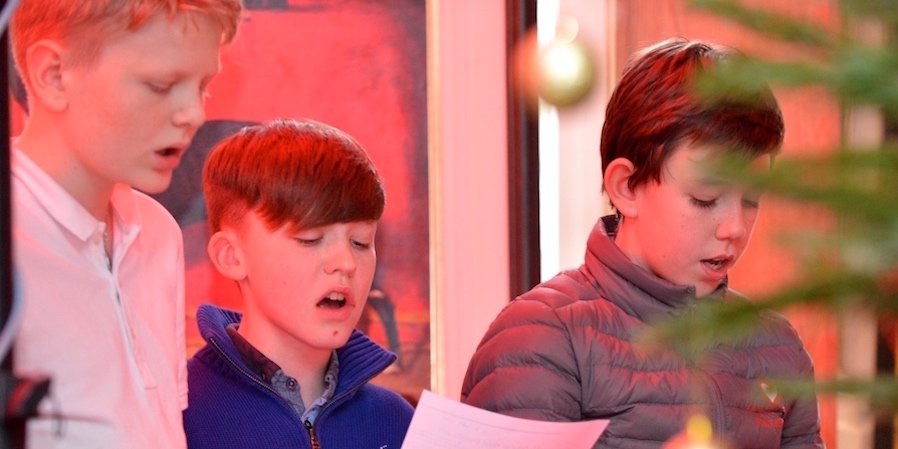 The season of Advent, A Time of Expectant Waiting, has been a full one here in Clongowes, with many events in the school ranging from the Advent Service of Reconciliation by way of the joyful Christmas Lunch on the Feast of the Immaculate Conception to the annual Christmas Concert last week. On Tuesday the annual Carol Service provided a last hurrah as well as an opportunity to let off some steam between the end of the exams that morning and the anticipation of results.

This long-established event was organised by our Director of Liturgy, Mr Cyril Murphy (OC ’80) and Ms Liz Griffin of the Ethos Department, with considerable help from the music teachers. Following an introductory prayer by the Rector, Fr Michael Sheil SJ (OC’56) the pace never flagged from the opening strains of ‘Silent Night’ to the triumphant ‘O Come All Ye Faithful’ at the conclusion. The first part of the service was taken up by the Nativity Story, scripted by Tom Goodman (OC’13) and narrated by Mr Declan O’Keeffe. This included several well-known carols sung by our very own Schola Cantorum with solos by Sean Lannen and musical accompaniment by Ms Catherine Heslin on the feadóg stáin and a thoughtful recital of Journey of the Magi by T.S. Eliot. 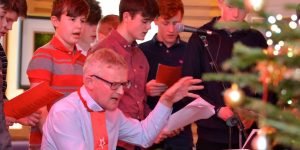 The aeterna gave way to some old-school, boisterous caduca, with Mr Chris Lumb’s ‘Christmas Cracker Grudge’ (which took five attempts before the popular result was achieved) and the perennial ‘Twelve Days of Christmas’ challenge. This last – ever-popular – item on the programme adopts a ‘Battle of the Bands’ approach, assigning various groups as supporters of all the characters in the much-loved, 18th century English carol from the twelve drummers all the way down to the solitary partridge. This year the new boys in Elements made off with the gong for the best contribution inspired despite a cautious start to their contribution.

We thought that OC’17, Jesse Onyejekwe’s show stopping performance of his own Christmas ‘rap’ – ‘The Newborn King’ was a thing of the past until the man himself stepped from the shadows (much to the ‘surprise’ of Mr Murphy) for a reprise and had us (rocking and) rolling in the aisles. The earliest precursor to modern rap is the West African ‘griot’ tradition, in which oral historians, or ‘praise-singers’ would disseminate oral traditions and genealogies so Jesse’s choice of this medium to tell the story of the Nativity is entirely appropriate. Check out his performance here and dig his lyrics here if you want to try it at home.

When order had finally been restored the Rector, Fr Michael Sheil returned to the podium to give a final blessing before the service concluded with an exultant version of ‘O Come All Ye Faithful’ and the ‘curtain’ was lowered on another successful seasonal event. 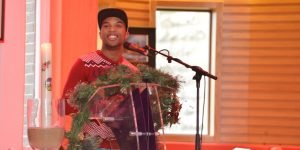