The Class of 1997 - Clongowes Wood College 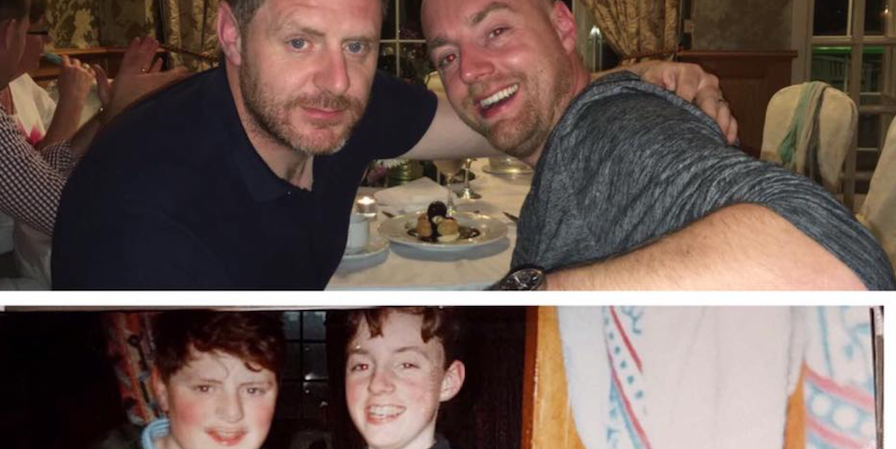 It is easy to keep in contact these days. All sorts of social media and messaging platforms help you chat and glance occasionally at the lives of others. But there is something different about meeting up as a group – especially after a long period of time – in rekindling old friendships and also having the maturity to park old grievances.

The gentlemen of the class of ‘97 gathered for their 20th reunion on a bright, end of summer Saturday, in early September. The day itself was, no doubt, typical of old boys – spluttering about how easy they have it now, ‘pffft, not in our day’, while also looking in awe (with a tinge of jealousy) at the progress the school is making in its facilities and changing attitudes.

And of course, there are the never-to-change foundations – that we hold on to, to give a little bit of sense to the journeys that we have all made since then. There are the familiar faces of teachers, that slight awkwardness when you recall the silly things you might have said to them, and the comfort that they are professionals who handled it at the time and have probably long since forgotten anyway.

The corridors and rooms bring back memories – the nooks and crannies where you did this, the time when someone got caught doing that – but then also of the emotional journey of the teenage years, the moments where you remember feeling great elation at academic achievements or sporting success and those where you felt uncomfortable, uncool and had to deal with them – all in equal measure.

About 35 boys (or men? You quickly slot back into childhood when back in Clongowes with your year) attended a short Mass delivered by the timeless Fr. Michael Sheil. The boys chapel seemed like a cathedral in childhood, much smaller now. Fr. Sheil, as he always did, eloquently put context on the day asking us to reflect on all the good and bad things that have happened to us since graduation and to be thankful for the lives we have led.

After Mass there was the traditional game of golf held at the Curragh organised by Eric Boland and won in some style by Richard Kearney. There was also a breakaway tennis group (of two!). Colm Maloney (above with James Bowen, then and now) is now a prefect in the Higher Line. He gave the rest of the group a very empathetic and considered tour of the school, describing its evolving place in modern education and what it is doing to stay at the top of its game. The demands on the school are different; parents want different things, be they in academics, extra-curriculars, nutrition, or access to their children.

Over 50 turned up for the drinks and dinner in Newbridge, all led by our year captain and master of ceremonies for the evening, Paddy O’Connor. After a blessing from Fr. Looby the group enjoyed a meal and short speeches from Assistant Headmaster Martin Wallace and classmate Conall McCarthy. It was one of those evenings where you look at the watch for the first time and it is 2am.

We were very grateful to be able to spend time throughout the day with many others from the teaching staff, who in different and often quite personal ways, had a profound influence on our lives: Frank Kelly, Martin Nugent, Margaret Doyle, Declan O’Keeffe, Derval Dooley, Liz Keighary, Muireann Casey and Fr. Peter Sexton, who made a guest appearance towards the end of the evening.

And so, as each ventured home the next morning or continued on in groups to watch Galway win the hurling, we were reminded that few experiences are comparable to a Clongowes education. Spending those formative years so closely together is unique.

Our thanks go to Paddy O’Connor, Nat Lacy and Colm Maloney (known now as ‘poacher turned game keeper’) for their great effort in getting so many of us together. For those few who couldn’t make it – the rest of us hope you are well and wish you all the best.