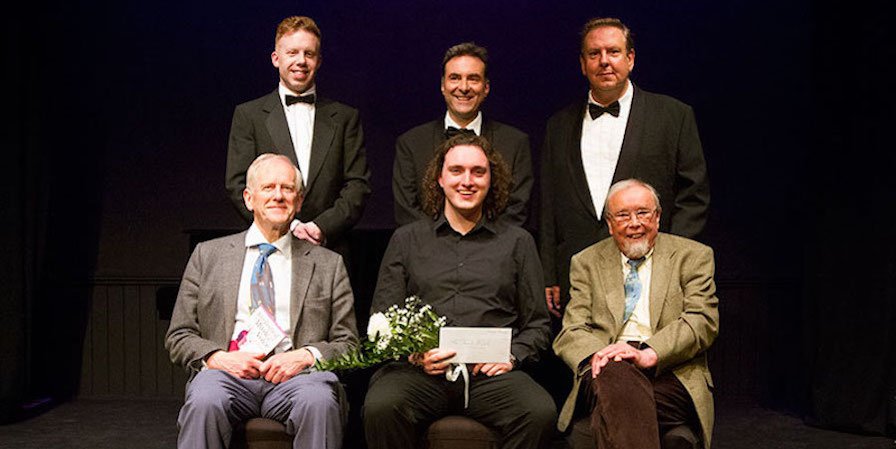 Richard Thomas (OC’13) claimed the overall prize at The 2017 Trench Award with a mesmerising performance on violin during the inaugural Birr Festival of Music & Voice at Birr Theatre & Arts Centre last Sunday night (28th May).

Now in its fourth year, the Trench Award is a bursary which aims to assist young singers and musicians from the Midlands and the Mid-West who are pursuing a career in professional performance in the field of classical music. This up and coming violinist took home the top bursary valued at €3000 with a programme which included sonatas from Brahms and Ysaye.

Richard (seated, centre above) is currently pursuing a BA in Music Performance at the Royal Irish Academy of Music in Dublin, studying violin with Dr Fionnuala Hunt. He has just completed 3rd year with first class honours and spent four months on Erasmus at The University of Music and Performing Arts in Vienna with Professor Ernst Kovacic.

He is the first ever leader of the newly formed RIAM Philharmonia, is one of very few students to have led every third level RIAM ensemble and was chosen as one of the four finalists of the Irish Freemasons Young Musician of the Year Award in 2015. Richard is a regular deputy violinist with the RTÉ Concert Orchestra and the Ulster Orchestra and looks forward to starting his Masters degree at the Royal College of Music in London with Professor Jan Repko in September 2017.

Categories: Clongowes Stories Cultural News of The Past