Our Greatness in God’s eyes 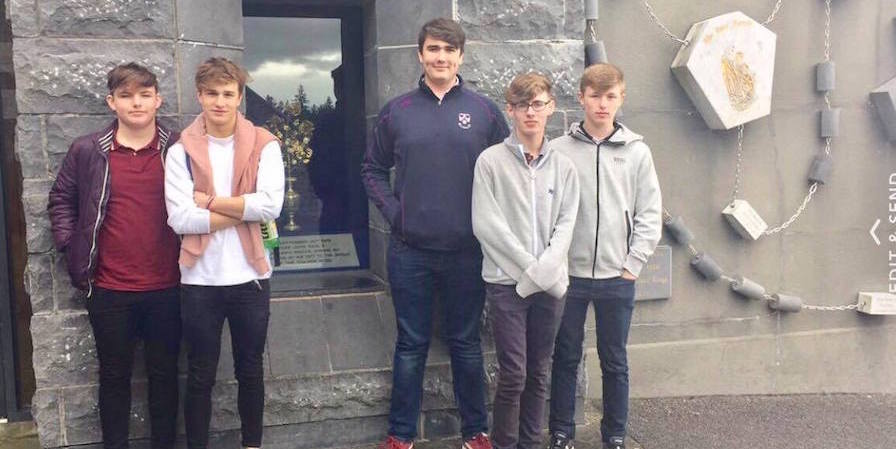 ‘We are entitled to our greatness in God’s eyes’

On Wednesday 5th April, the Pope John Paul II Awards hosted a special day of celebrations at Knock, Co. Mayo to mark ten years of the award and the achievements of more than 20,000 participants from 24 dioceses across the island of Ireland. All current and past participants were invited to join in the celebrations so I and current participants, Aaron Clarke, Robbie Savage, Hugo O’Donnell, James Hoey, and Tom D’Arcy from Syntax set off for the west at 7:45am and returned nearly twelve hours later energized with the positivity of the young Church at work today.

The John Paul II Award recognizes young people’s commitment to their faith, their community and society. It has been described as the largest evangelizing programme within the Irish Church today. At Clongowes students usually take part in the award during Transition Year and may continue on with the awards into 5th and 6th yr. There are currently 14 students from Syntax completing the award.

The programme for Wednesdays JPII event was based around music, prayer, discussion and guest speakers, one of whom was Elma Walsh, mother or the late Donal Walsh, a Kerry teenager, who touched so many lives through his writings and subsequent appearance on ‘The Saturday Night Show’ when he described his long running and heroic battle with cancer since he was diagnosed with Osteo Sarcoma (Bone Cancer) at the age of 12. Donal also raged against Teenage Suicide while he was battling to get as much out of living his life and Elma was chosen to promote his anti-suicide #Livelife message, which had been fueled by his unwavering faith in God.

Elation Ministries kept us on our feet with upbeat and reflective music. They are a group who aim to bring the Gospel to people through music and song and their addition of music to this day of pilgrimage helped to deepen the experience of prayer and made it one to remember. The busy day of discussion (‘What it means to be a baptised member of the Church’) music, prayer and ultimately celebration came to a conclusion with the celebration of Mass, which ended as the day began, with the mantra: ‘We are entitled to our greatness in God’s eyes’.