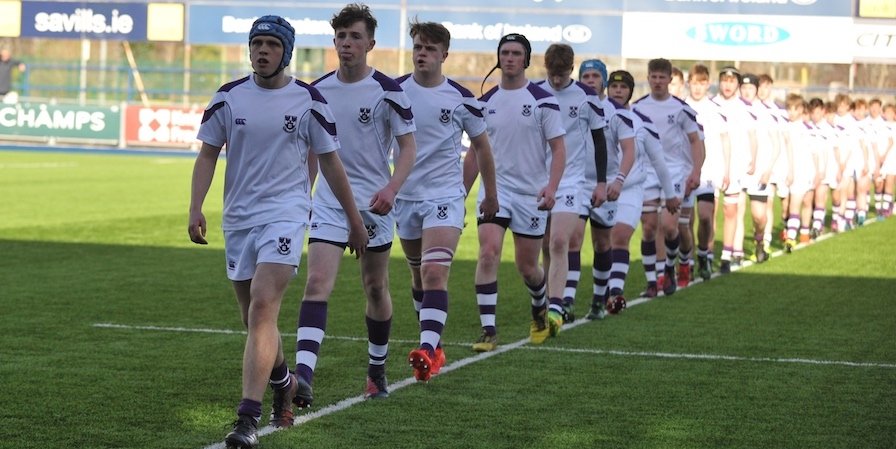 Alas the Clongowes Juniors JUST came up short when falling to Belvedere by the narrowest of margins in a closely contested Leinster Schools’ Junior Cup quarter-final at Donnybrook yesterday. Having led by two points (14-12) as the game entered the final quarter, Emmet Condron’s charges were obliged to repel attack after attack from their Jesuit confrères as they defended the Bective end of the ground into the wind.

Finally the pressure told, a penalty was conceded and goaled, and the game restarted with Clongowes chasing a solitary point. An opportunity came in the penultimate minute when the pack dragged play into the Belvedere ‘22’ and out-half David Wilkinson dropped into the pocket for one last shot. Sadly – on a difficult day for kickers and under considerable pressure from Belvedere’s fringe players – the attempt drifted agonisingly wide and Belvedere could breathe again.

Clongowes never said die in the endgame and came again and again but eventually ran out of road against a fine opposition, who had just too much for them on the day. Consolation may yet be offered by our Senior Cup Team, which has been drawn against the same opposition in the semi-final in the same venue at 15.00 next Monday, March 6th. (See here for more)