It’s beginning to feel a lot like… - Clongowes Wood College 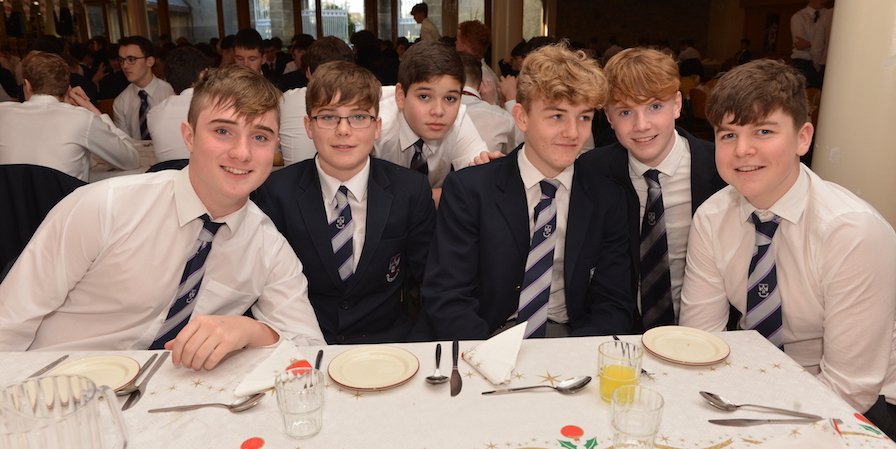 The season of goodwill is well and truly upon us here in Clongowes and the boys are immersed in the serious business of Christmas exams, all of which must be done, dusted and reported on before their departure next week for more than two weeks of vacation. Christmas is evident everywhere, from the festive trees in various locations around the campus to the Christmas sweaters sported by students and the odd (!) member of staff each humming their own personal favourites from the ubiquitous seasonal soundtrack that seems to seep from the walls at this time of year. (This last will have a formal manifestation in the main concourse next Monday – but more of that anon).

The season of Advent has been a full one with many events in the school including the Service of Reconciliation and the Mass to mark the Feast of the Immaculate Conception last Thursday. That slice of aeterna quickly gave way to the caduca when the indefatigable Mr Frank Kelly gave the students their orders for the festivities that were to follow and particularly enjoined them to look after their guests from the staff. The house leaders (and members) were better than their word as they spared no effort to make sure that all enjoyed the repast in the Ref’. Long tables accommodated some fifty diners each and the House Leaders plied them with food and drink to beat several bands as the feast began.

Was it good? Well! It was as good a feast as ever there was in the long history of Clongowes and it will take a very fine effort indeed to surpass it in the years to come! There was no trifling with tradition as turkey was served with ham and potatoes all washed down with fizzy pop and followed by a choice of desserts (no trifle there either, but a sufficiency of pudding, profiteroles and ice cream). There never was such a turkey – or at least never one so magical in its proportions. Its tenderness and flavor and size, were the themes of universal admiration. On an occasion like this a boy might well have asked for more and feared no consequence such was the generosity of spirit among the ghosts of Christmas present.

Addressing the assembly afterwards the Headmaster, Mr Lumb thanked all who had made this such a special occasion, mentioning in particular the catering staff. A special word of thanks also to the tireless Mr Frank Kelly of whom (like the born again Ebenezer Scrooge) it might be said, that ‘he knew how to keep Christmas well, if any man alive possessed the knowledge’.

And so, as Tiny Tim observed, God Bless Us, Every One!