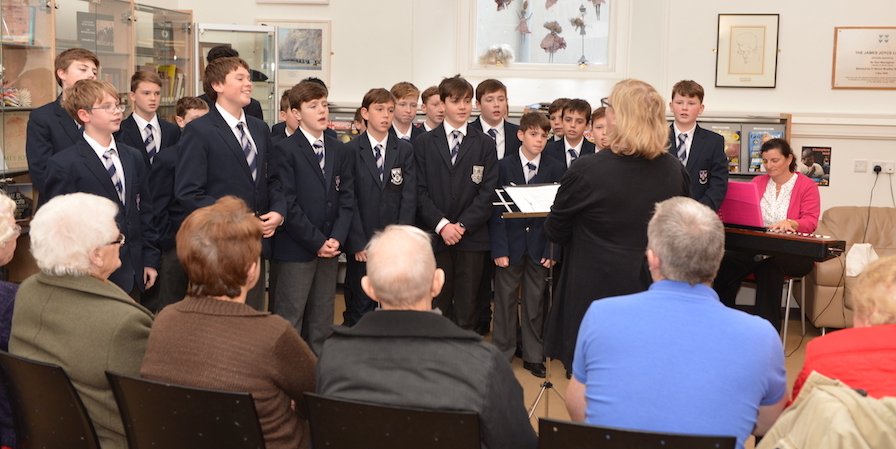 Before the weekend break the Elements and Senior Choirs gave their annual performance for the Age Action group in the James Joyce Library. For the Elements choir it was their ‘debut performance’ and they started the concert with ‘Step Back Baby’ and then gave a rousing performance of ‘Consider Yourself’ from the musical ‘Oliver’.

This set a jolly tone and the Senior Choir then took the stage to showcase all the music they have learned since performing at the Irish Champions Week in the Curragh (click here for more). Solo performances were also given by Ceallachan McDonald, David Tunney and Hugo O’Donnell. The Age Action group loved the performances and are already asking when the next concert will be.

That was just the start of a very busy week for the choirs as on Thursday both groups recorded their Christmas songs to be broadcast on Lyric FM. The Elements Choir recorded ‘Christmas Day’ by Elaine Agnew, while the Senior Choir recorded the popular favourite ‘Have Yourself a Merry Little Christmas.’ Both recordings will be broadcast on Lyric FM at some stage before December 23rd but you don’t have to wait until then to hear them as they are already on the Lyric FM website as follows:

So click on the links and – well – have yourselves a merry little Christmas!