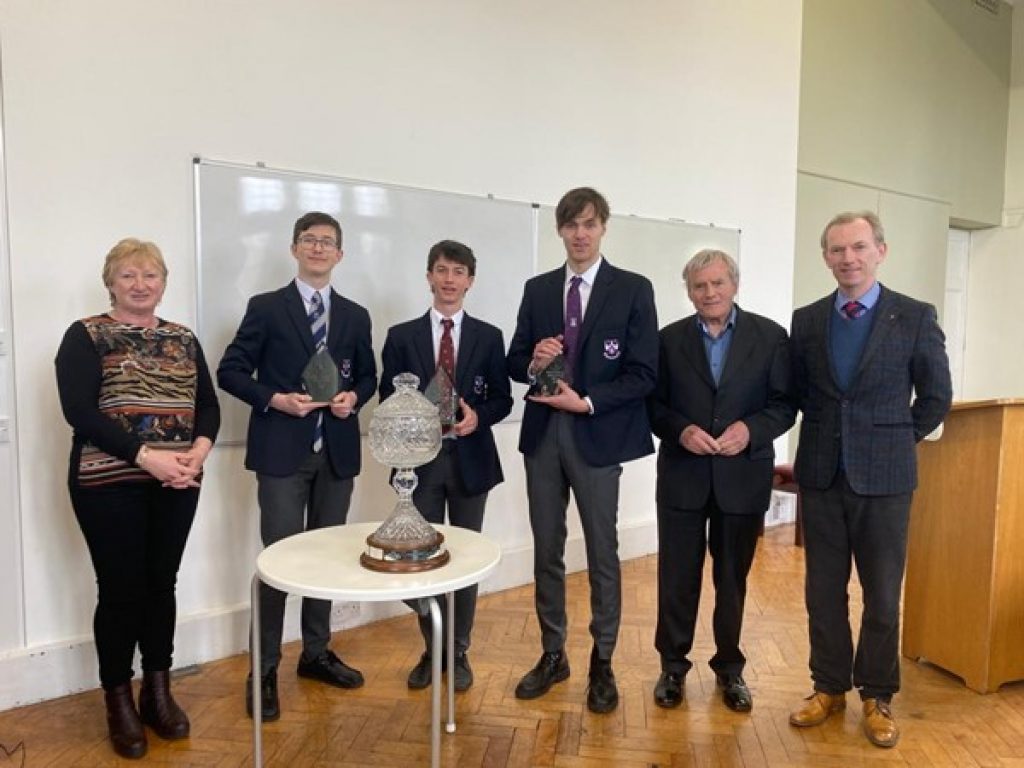 There was fantastic National and Regional success for our applied maths students this week!

This was an outstanding achievement for the boys and their teacher, Mr O’Hara and we wholeheartedly congratulate them on their achievements that are the product of sustained hard work.

Applied maths is very popular in Clongowes, strengthened by the Maths Modelling Programme and sustained by the dedication of Mr O’Hara. The school was very well represented with some 27 students from Higher Line participating alongside students from schools all over Ireland.

Competing in teams of three the boys were challenged to solve problems against the clock.  The competition consisted of eight rounds, with three questions per round.  Questions were based on areas including, linear motion, relative velocity, projectiles (horizontal and inclined planes), pulleys and wedges, collisions as well as logic type questions.

Huge congratulations to each of the winners, the participants who represented the College so impressively and to Mr. O’Hara who prepared the teams for the competition.

Pictured above receiving their trophy. 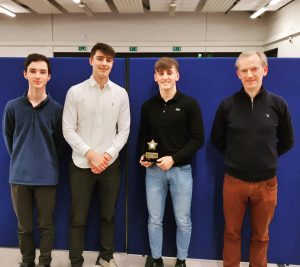 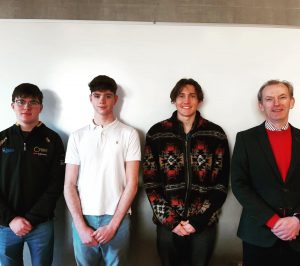