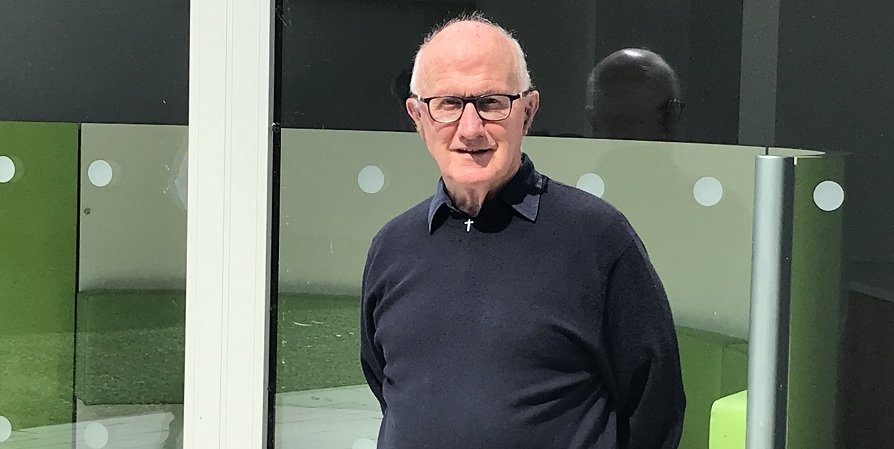 Dag Hammarksjold – the second Sec.Gen. of the UN from 1953 to 1961 –  died in a plane crash in Zambia while trying to negotiate peace in a civil war in the Congo. He was a Swedish Lutheran – and was an economist and diplomat – described as an intensely dedicated public servant – who drew sense from his sense of communion with God. His diary was published posthumously by his friends – and I first came across it just before my Ordination.

The discovery was, for me, an important moment – when, in a page of the diary, I read:

Hammarsjold’s entry in his diary was made as he started out in the job which was to define his life – and I made bold to put it on my Ordination card – as I began my priestly life: For the past, Thanks! – for the future, Yes!

As I look back now at this significant milestone in my life – and try to gather the myriad images of the past  – my first reaction is one of grateful wonder and amazement at the richness of God’s gift of the people I have met in my life – young and old – Family – Students and Parents – Jesuits and Religious – and personal friends.

As we grew up in the post-war years in Belfast – where being Catholic was part of our identity – our Parents lived out Fr Peyton’s clarion-call: The Family that prays together stays together. In a wonderful older Brother (Peter) – myself and my Twin (John) had someone who cared for us and was our model [not that we always recognized it when younger!] – of someone who never put himself first – e.g. on my Ordination Day,  Peter gave priority to my Twin to receive my First Blessing. Looking back now – I recognize God’s presence as, in each of them, He sowed the seed which was to lead me to where I am now.  As for further comment –  perhaps discretion is  best observed – as I say to our Parents and Peter [now with the Lord] – and to John – still happily with us – and a very special Twin [one year we gave each other exactly the same book on our Birthday] –  a simple, deepfelt Thanks!

After my Family must come the gift of Clongowes [our Father was an OC 1910-14] – with that very special bond which so many OCs recognize is ours. I owe an immense debt of gratitude to the – Jesuit and Staff [all now gone-to-God] who cared for me and my companions here– and also to those who shared teenage school life in the very different Ireland of the 50s. My companions of those days have to take the credit [and the blame!] for helping shape my character – and it is always a joy to meet up with them anywhere in the world – when we can talk as though we had met only last week! [remember my meeting with an OC in Khartoum after 30+ years!]

I thoroughly enjoyed my school days in CWC –  however, it may come as a surprise to many to learn that, while in the Holiday Camp – I hated rugby [it was compulsory for all] and loved cricket and soccer!

I am often asked when did I decide to join the Jesuits …….. I could not name a particular date or an event – it simply seemed the most-natural-thing-to-do when I came to take that last journey down the main avenue – and out into the waiting world!

And so, on leaving Clongowes in 1956 – I joined another Family which took me to its heart – the “Js”.

St Ignatius and his First Companions – when asked who/what they were, simply replied that they were Friends in the Lord! That has been so true for me – as I have been cared for by many wonderful Jesuits and have come to know more closely those who had looked after me during my time in CWC.  I firmly believe that I will inherit “eternal life” – for Jesus has kept His promise of the hundredfold in this life to those who leave family to follow Him.

The first 16 years were spent in “formation” [16! ….  He must have been a bit slow!, I hear you say! – but, while it was a long wait for my Family to Ordination day – those years simply flew by.] After two years in the Novitiate came First Vows – then 3 years at UCD [Latin, Greek, French] – 3 years for philosophy ]1 in Tullabeg and 2 in Chantilly, France] – 3 years of regency in Gonzaga in Dublin – 3 more in Milltown for Theology – and, finally, 2 years for Catechetics at the Institut Catholique in Paris – giving a grand total of 16!

Since then – apart from a year’s sabbatical in 1985 [Jesuit Refugee Service in Sudan – 4 months in Zambia – 3 in St Beuno’s Wales – 1 in the Holy Land] – all my working life has been in our Colleges – Mungret, Belvedere and Clongowes. How blessed I have been through it all ! With how many wonderful young people have I been privileged to share their lives – not just at school but also later – continuing friendship with the joy of Weddings and Baptisms – and the sharing of less happy times of sickness and bereavement.  Two Sacraments stand out – the Eucharist [the source and summit] and the Sacrament of Reconciliation [a humbling and rewarding experience – and one which has allowed me be a Minister of Christ who said: “My peace I give you”] …………… the wonder of it all !

Words cannot do justice to how paternally grateful I am to you – my extended  family.

I say paternally ……… which reminds me ……. One day in autumn 1985 I was bus-driver for a Parish Social Service group to a meeting in a Zambian village in the bush. As I sat reading a book I became aware of about 25 young children around the bus – and we got chatting. When I asked them how many families lived in the village I was surprised to hear that there was only one. They told me that the Chief, their Father – had 6 wives! I was duly impressed – but was taken aback when I was asked how many children I had !  Thinking quickly [and cheating a bit – I had just been HLP in CWC!]] I replied that I had 67 [RH’85] – which drew quite a reaction from my audience! “And how many wives, Father?” ……. “None,” I said ……. a pause ……. then: ”What ?! All those children and no wives?!”

Another part of this Family – may I call them the In-laws?! – has been my Colleagues – Teachers and Staff [at all levels] in our Colleges who – partners in the Ignatian vision and our Jesuit ethos – have become close and valued friends. I have met very few who were simply “doing-a-job” – for they were generously [and often heroically] following their own God-given vocation. Their friendship and example have been truly inspiring.

There has been one other great gift I have received – an off-shore one, if you like. For the past 50 years I have helped out in a parish in Normandy – on the D-Day Landing Beaches [the Royal Ulster Rifles liberated Lion s/mer  on 6th June 1944 – which gives me a great connection with my Ulster roots!] I went there only 2 weeks after  Ordination – to an old Curé de campagne [very much old style] who became a second Father to me – and who taught me so much about the practical side of pastoral care in the priesthood. I was with him for 30 summers – and also when he died in 2001.  I have continued to spend my summer break there ever since – my 50th  this year!

One piece of advice of his I’ve never forgotten – and often practise: Never close a door which is half open!

Now – as I look back over the years – I do so with a sense of immense gratitude to God for such a fulfilled and enriched life. I make my own the prayer of Dag Hammarksjold – hoping that my YES  will – with God’s grace – be for His Greater Glory and [as Ignatius says in the Spiritual Exercises]  for the good of souls.

Perhaps I can best sum it up in the words of my favourite Psalm 138:For You created me and shaped me – gave me life within my Mother’s womb – for the wonder of who I am I praise You – safe in Your hands all creation is made new!

And so back to Dag Hammarskjold’s great prayer of gratitude for the past and confidence for the future:

I beg your indulgence – now, as I dismount from this weekly runaway horse – and take my rest awhile. Full summer approaches ……… if the Spirit moves me from time to time – you might see me in the saddle again!

But for now let me simply say thank you and leave you with this prayer:

May the Lord bless you and take care of you –

may He be kind and gracious to you –