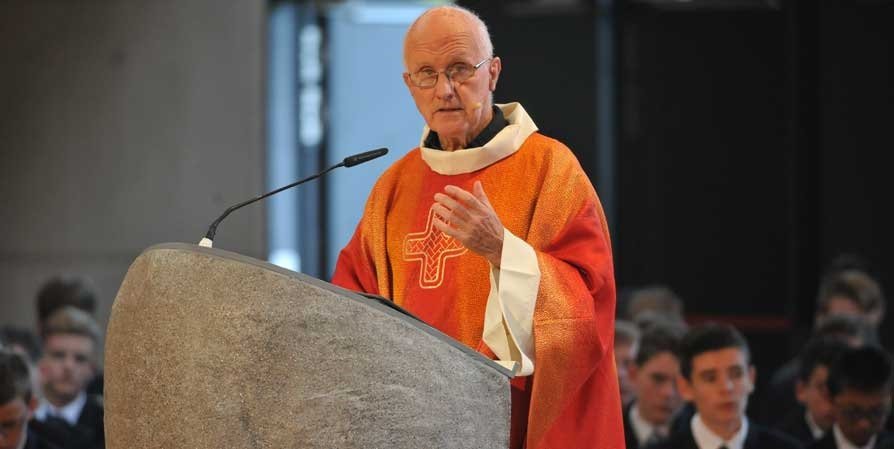 In the mid-1980s – for a sabbatical year – I volunteered for the Jesuit Refugee Service – founded a few years previously by our then Fr General [now Servant of God] Pedro Arrupe. I found myself assigned to Port Sudan – to an educational project for Ethiopian Refugees run by the Comboni Missionaries. The capital, Khartoum, sits at the confluence of the Blue Nile and the White Nile – near the ancient city of Obdurman. As our plane descended on approach to the airport the clouds were a reddish-brown colour from the Sahara. But, as we suddenly broke cloud – I could have thought that we were over Co. Wicklow on our way into Dublin – a huge expanse of green grass below! But my surprise was not to last for long as we landed in the dry-dry heat of  Khartoum – over 800kms from the Red Sea – but just under 400m above sea-level – very, very hot!

I stayed in the Comboni College in Khartoum – waiting for my work permit. One Sunday afternoon an Italian confrere introduced me to a visitor saying: “I’d like you to meet a fellow countryman of yours – he’s also far from home!”  Imagine my surprise and delight when I recognized an OC two years ahead of me. I had last met him 31 years previously – and, to his astonishment [and mine!] – I even remembered his name! His surprise was surpassed only by the Italian’s amazement that these two Irishmen could not only meet by chance in Africa – but actually know each other! The OC explained to me that he was in charge of a Teagasc irrigation project at the Nile junction – hence my dream about flying over Wicklow!

Unfortunately, my stay in Sudan did not last very long. In April of that year a pro-Muslim Army coup d’état had toppled President Nimeiry. When it was discovered that I was a Minister of Religion – I was politely invited to leave! Homeless now myself, I was welcomed by the Irish Jesuits in Zambia – and went to work in a Social Services Centre in Monze – a little town in the diocese of the same name, founded by an Irish Jesuit, Bishop James Corboy (another OC!) There is a hospital there, run by Irish Holy Rosary Sisters – and I went along to say hello. I explained how I came to be in Zambia rather than Sudan – and recounted how I was on a sabbatical from Clongowes. The reaction said it all:“Clongowes! You don’t mean Clongowes in Kildare ?!” Just prior to my arrival – two young Irish OC Doctors had left after a period of service in Monze – and they had made such an impression with their medical skills and the generosity of their giving that everyone thought that they could walk-on-water! They seemed to think I might be able to do the same – just as another OC!

More recently, on a CWC Bicentenary trip to Australia – I found myself in Xavier College Melbourne. There again I experienced the OC legacy – as I was regally greeted as Rector of the Alma Mater of the great Fr Joseph Dalton [OT/OC 1834-36] – founder of Xavier and, in Sydney, Riverview and Aloysius – all within the space of c. 5 years in the 1860/70s. Once again the CWC name was greeted with warm gratitude.

CWC’s mission is to enable Students to develop their talents in preparation to take their place in the world – and to share the gifts that those talents give them. This special bond means that – young or old – no matter where they go – they continue to be enriched by the communion of the spirit which formed them while in the Holiday Camp! In their own way – sung or unsung – they play their part in spreading the Good News through the manner of their lives at home and abroad – giving without counting the cost!

Last week we celebrated the Feast of Pentecost – when the Holy Spirit confirmed the Apostles and the early Church in their Christ-given mission to go even to the ends of the earth – and spread the Good News of God’s Love. Over the past 206 years OCs have been called to play their part – in far-flung countries and at home in Ireland – sharing what they learned here in service as men-for-others – A.M.D.G. They leave a legacy which is a cause of justifiable pride – BUT this is also the challenge to each succeeding year leaving the Holiday Camp! Our God-given gifts are for giving away – with His help we are called to share them with others!

Sent by Your Spirit, Lord – may we renew the face of the Earth – and go and Just do it – in the Spirit!