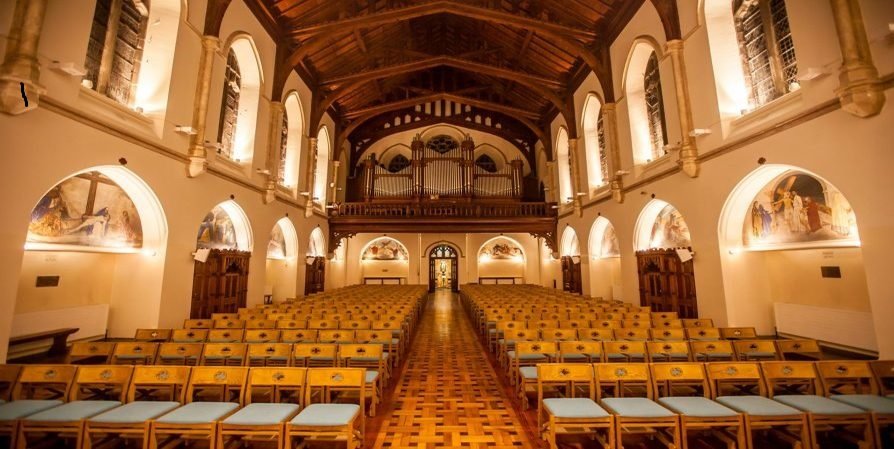 It is just over 50 days since the anti-covid-19 strategy brought about the closure of places of gathering. After the initial shock, people began to improvise – and everywhere there was surprise at how well this was succeeding. There was joy at values, for so long forgotten [or taken for granted] – were now coming to the fore to the unexpected benefit – from the smallest unit [an elderly couple] to a big family. Modern technology came to the rescue – with people able to see and speak to the isolated or cocooned – celebrate birthdays and anniversaries –  neighbours coming together and discovering new friends.

But there was a special feeling of shock expressed when places of gathering came to include churches – with a surprising surge of protest throughout the country – even from those who say that they are not very religious.  Not since the end of the 17th century has a Government in Ireland issued such a decree – not since the Penal times – even if for a very different reason. This shock expressed itself not just in print – with some suggesting that it is a far cry from the bad-old-days the priests were beating the people into the church! – to to-day’s accusation that the bishops are beating people out of the churches! Someone even went so far as to stage his protest with a sit-in [outside!] at a church door.

However, Priests in parishes have made great use of already installed webcams to celebrate daily and Sunday Mass – with sometimes greater attendance than in more “normal” times! While it was not possible for those who tuned in to receive Communion, it enabled them to remain “in communion” with the priest and for some to feel more connected with the whole community of their parish. I felt this very much as I linked in to our local parish for the funeral Mass of a friend last week – and later joined other parishioners and neighbours to salute the funeral cortege as it made its way to the local cemetery.

I came to ask myself why is it that, in these strange and challenging times – we can have a greater impression of “belonging” and “companionship” than when everything was close-at-hand – taken for granted – and oftentimes laid aside.

As I searched for an answer, as so often happens – along came the memory of the first reading of the previous Sunday’s Mass ……… in the Act of the Apostles we have St Luke’s eye-witness account of the life of the first Christians – who went as a body to the Temple every day – but met in their homes for the breaking of bread – sharing gladly and generously – praising God and looked up to by everyone.  It was the Church in microcosm at its beginnings.  To-day in these covid-19 times, we find the same reality enhanced by the macrocosmic closure of church buildings. United in the Spirit of the risen Christ – those early Christians gathered as children of the Father to give thanks to Him.

Pope Francis is always talking about Family as domestic Church – where each member is called to make that ideal a reality in living out Christ’s command to love one another as I have loved you – with the love which I have with the Father.

Loving each other as Christ loved us first – is that not making Him present in my family? Is that not being Church?  Standing in front of the closed door of a church …… is this perhaps what we can come to learn – that our ordinary daily life can receive grace from what is celebrated inside. Might our being deprived of even the possibility of entering the teach pobal [the people’s house] not bring us to realize how important a role the celebration of the Eucharist plays in our lives?

Some time ago, in a gathering with families –  the Pope spoke directly to Grandparents – Parents – their Children:

Grandparents – you are the “insurance” of our Faith – like good wine,  you are the wisdom of the Church! You have the freedom of the Spirit …………. may the Lord always give us wise elders!

Parents – go forward in Faith – in Hope – with Love – to love your children and give them Hope with a strong Faith.

Young People – it would be sad if you lock youth in a safe – that youth would then get old in the worst sense of the word – it would become an old rag, something useless!  Youth is for taking risks – good risks, full of hope. It is meant to be staked on great things. Youth is meant to be a time of giving – of helping others to come to know the Lord! Don’t keep your youth to yourself – Get out there and share!

To-day sees the start of relaxation of restrictions – beginning with the release from Prison Cocoon all those wise Elders! Let us rejoice with little Anne Marie with a HIP! HIP!  – and look forward in hope to sunnier days …….  making sure that we continue to play our part in making life safer to-day to ensure a safe to-morrow!