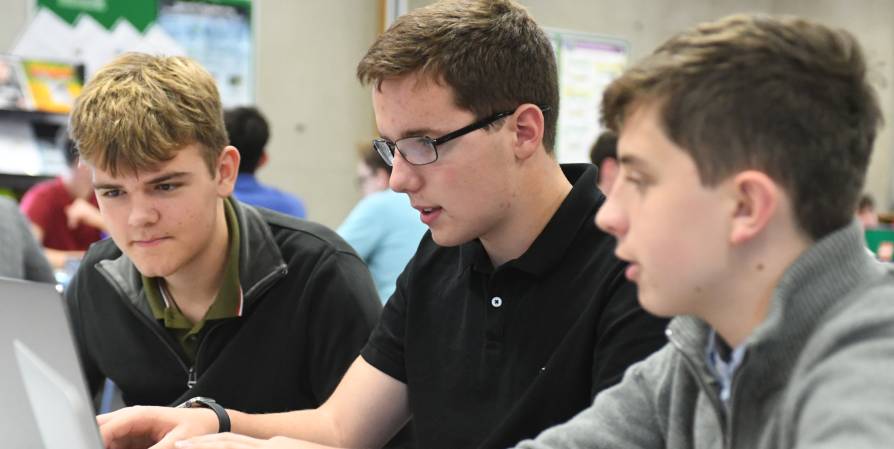 The annual Maths Modelling project for Syntax and Poetry groups commenced on Tuesday the 8th of October with a presentation and workshop in the Science, Art and Technology building at Clongowes.

The Maths Modelling Project aims to solve ‘real-world problems’ with mathematics. The students work to build mathematical models in a bid to address the problems and present their findings to peers, parents and the faculty at the University of Limerick.

Over 40 young modellers are taking part in the project which takes place over six months and is led by Clongowes physics teacher, Mr Stephen O’Hara and Professor James Gleeson from the University of Limerick (UL). Professor Gleeson will visit the College throughout the project to assist the students with their analysis. Professor Gleeson is Co-Director of the MACSI Consortium, a network of mathematical modellers and scientific computational analysts based in Ireland. 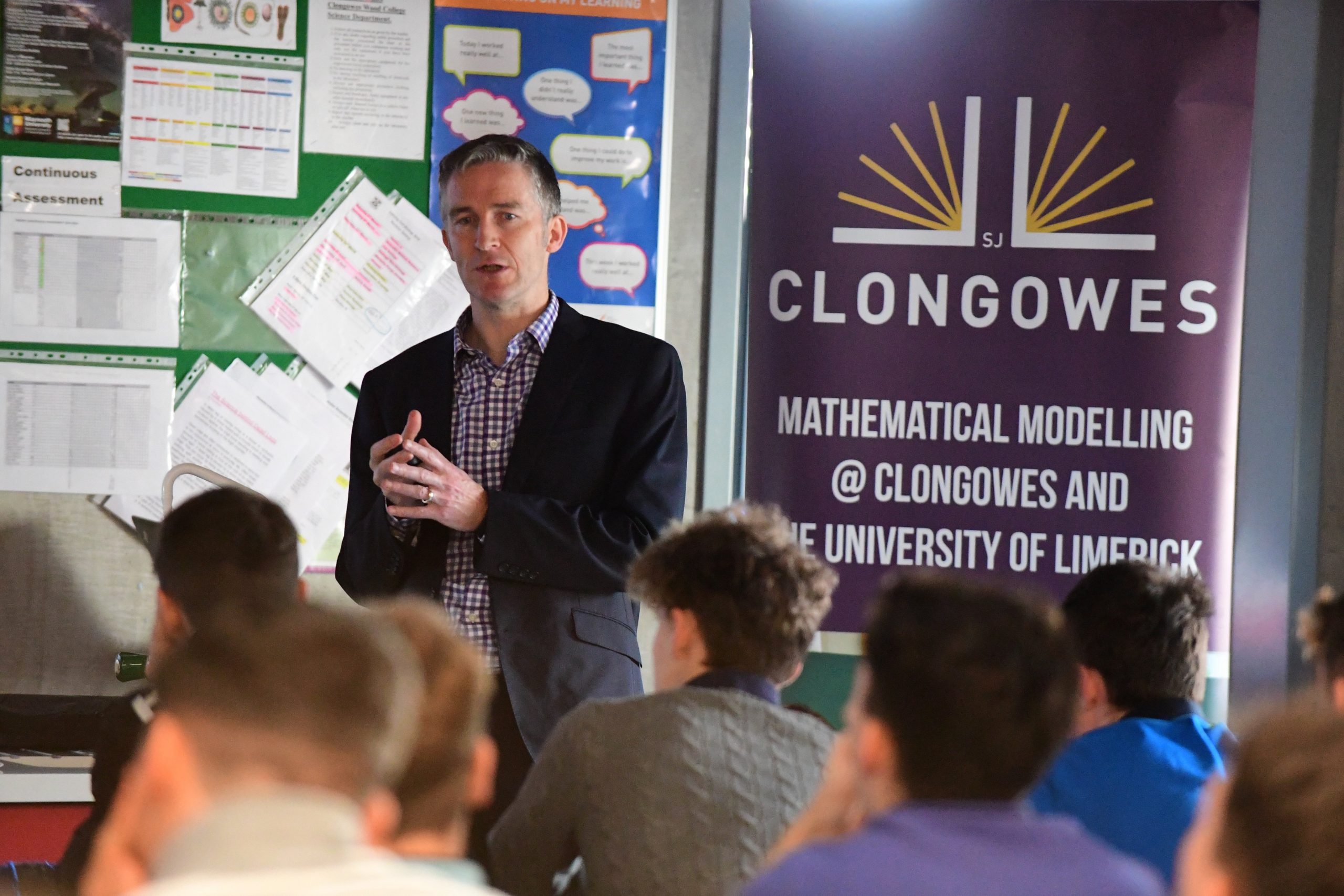 See the gallery for more images

The group of 40 maths modellers were divided into smaller working groups of eight, each choosing one problem to solve. The students will meet in their groups every Friday evening to find viable solutions to three different real-world problems which include: 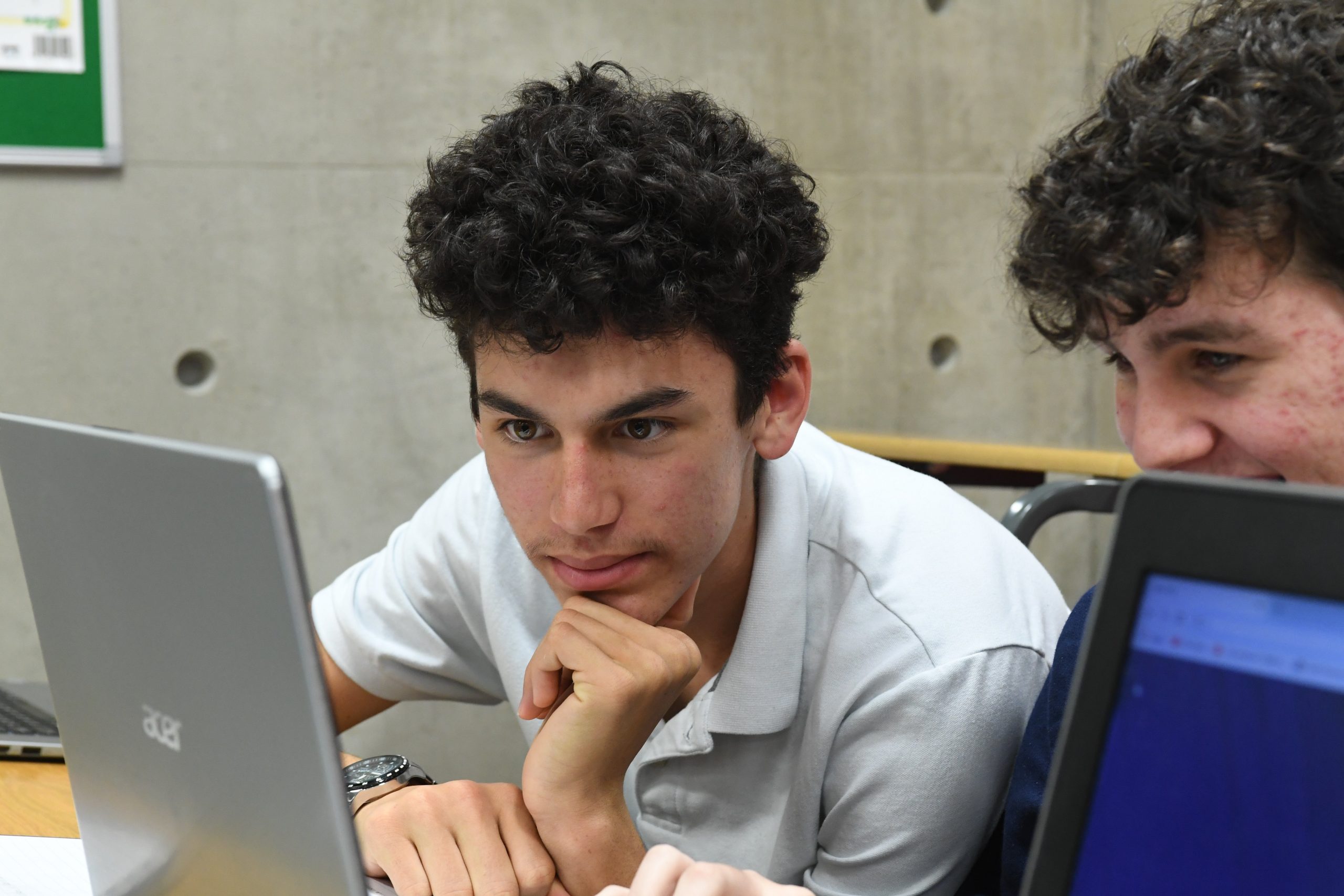 On Tuesday, the groups got to work straight away, gathering data to construct a formula on which their model could be based. There is no time to waste as the boys are scheduled to present their solutions to UL’s Applied Mathematics Faculty in April. Professor Gleeson gave a fantastic presentation on Mathematical Modelling which helped get the boys started on their projects.

Mr O’Hara, who has been running the project for the past eight years at Clongowes explained that the boys are faced with “real-life problems that don’t appear to lend themselves to mathematical analysis, and yet this is what the boys must engage with”. One of the strengths of the project is that the solutions can make positive changes and help the boys better understand the world around them. Along with stretching their understanding and application of mathematics, the project helps improve the boys’ communication skills as they present their complex models in a clear and understandable manner.  Opportunities for Third Level study in the STEM areas (science, technology, engineering and mathematics)  have broadened in recent years and are becoming increasingly popular with students and come with the benefit of rewarding career prospects.

The Maths Modelling project gives students their first taste of the application of applied mathematics in a real-world setting and can whet their appetites for further study. Mr O’Hara explained that the narrative around this subject area has changed significantly in the College with a former member of the project completing a PhD in mathematical modelling this year which is a first for the College. The College is extremely grateful for the hard work and dedication of Professor Gleeson and Mr O’Hara who’ve been running this project for eight years. This wonderful project opens the boys’ eyes to the power of applied mathematics to solve real-world problems and we wish them well with their projects this year.