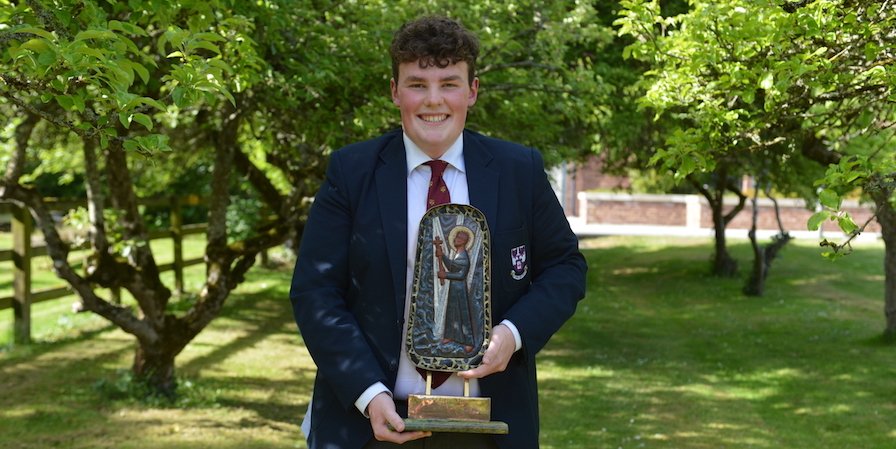 Union Day (Sunday 26th May) dawned bright and sunny and remained so until the last families left the school grounds. As ever it was an emotive occasion for the departing Rhetoric class, their parents and all the staff, who have worked with them over the last six years. 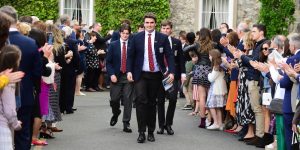 Union Day is the occasion when the graduating class effectively finish their second-level schooling, when the incoming School Captain and Vice-Captains are appointed, and when the new President of the Clongowes Union takes up his Chain of Office. 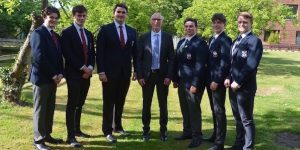 Outgoing School Captain, Hugo O’Donnell addressed the school for the last time before he and his Vice-Captains, Fred Sargaison and Charlie O’Neill passed the batons on to their successors, Captain Mikey Mina Ronayne, who will be assisted by his Vice-Captains, Ruairi O’Regan and Barry Dooley (pictured above with the Headmaster, Mr Lumb). 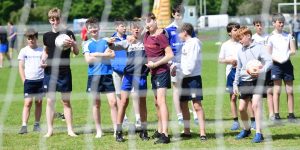 The most prestigious award on Union Day is the Aloysius Award, named for our patron saint, Aloysius Gonzaga sj. The honour is given ‘For courage and determination in personal and communal life – for development of character, placing his talents at the service of others and through his efforts to come to terms with himself and life in Clongowes – for growth as an integrated, genuine person.’ Michael Beirne (pictured at the top of this piece) was a very worthy recipient. 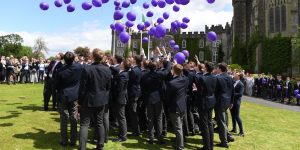 The Tullabeg Award for Initiative and Enterprise went to Joey Kennedy (Rudiments) in recognition of his work on the Green-Schools Programme. Earlier in the day, Maeliosa Power (OC’89 – below, right) had succeeded Conor Daly (OC’85) on completion of the latter’s very busy year in his role as President of the Clongowes Union. 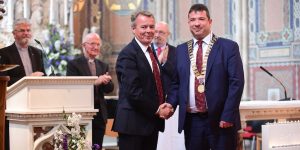 MORE PICTURES FROM THE DAY HERE