Home / News / Academics / Back to School 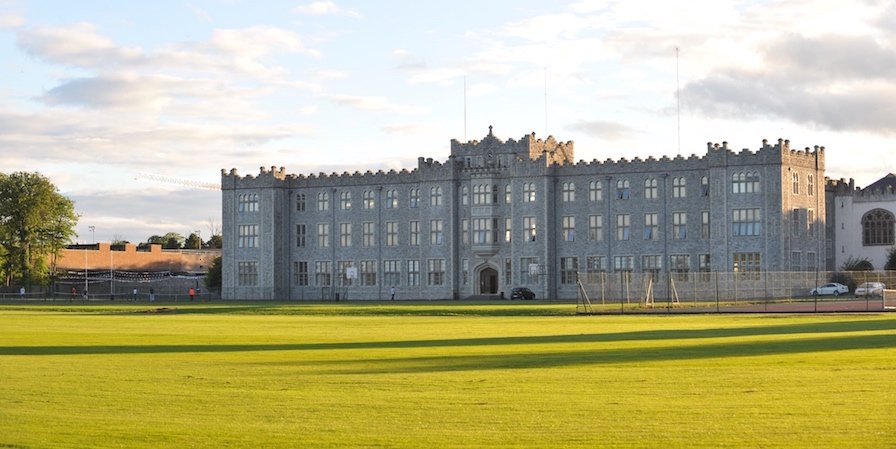 A day before the new Elements made their first tentative steps in the school and two days in advance of the return of the more seasoned campaigners up the school, the academic and prefecting staff assembled for the first of two staff days to ready themselves for the forthcoming year…

The Opening Prayer was led by the Rector (and eternal Clongownian), Fr Michael Sheil sj, who closed with a call to arms for staff to get involved in the forthcoming programme of retreats and other events organised by the Ethos Department under the guidance of Ms Anne Marie Dolan and to give of that most valuable gift – their own lived experiences.

The Headmaster,Mr Chris Lumb, then took the floor and welcomed everyone back, noting that the excited hum to be heard as people renewed acquaintanceships, was good indicator of energy levels and enthusiasm for the year ahead. Mr Lumb congratulated all staff on the exceptional Leaving Cert results in what was a bumper year for the school. The grades were our best ever with an average of 457 points and included four students with the maximum 625 points.

The Headmaster acknowledged the Syntax boys and staff involved in the Duck Push, which is now in its 25th year (and which has raised in excess of €2m for Crumlin Children’s Hospital) and also thanked Mr Tom Carroll and the boys, who ran the 28th Special Children’s Holiday in July. Clongowes successfully hosted many other groups over the summer on what was a busy campus, with much work done on the new Third Line Study area as well as in the Syntax and Rudiments’ dorms and the refectory.

Mr Lumb was followed by the Deputy Headmaster, Mr Martin Wallace, who also applauded the staff on the exceptional Leaving Cert results while reminding us of our responsibilities as educators to the care of the boys – the cura personalis – and the effect that a chance remark can have for good or for ill.  Finally, Mr Frank Kelly, Head of Boarding, quoted the words of a recent visitor to these shores – Pope Francis – when exhorting us to say ‘please’, ‘thank you’ and ‘I’m sorry’ as we make our ways through the challenging year that lies ahead.