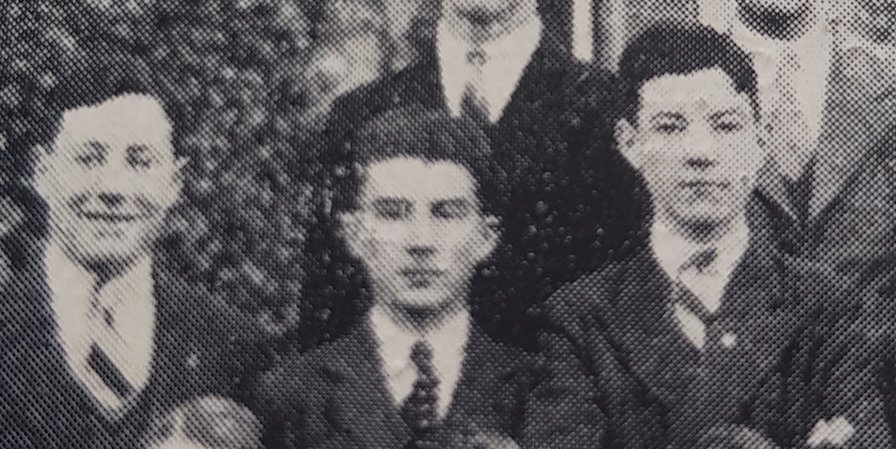 Clongowes Wood College wishes Dr Diarmuid O’Driscoll (pictured in the middle) every happiness on this his 100th birthday. Diarmuid came to Clongowes in 1930 and was happy to avail of the NUI matriculation in 1935 to leave at the end of Poetry and to study medicine without having to sit his Leaving Certificate. In those days, he notes, the opportunities for getting off the campus were very limited. At the time of his leaving, Dr Derek Flood was in Syntax and Dr Declan Meagher was in Rudiments. Both of these Old Clongownians are alive today and are delighted that Diarmuid has reached this wonderful milestone ahead of them.

In his time at Clongowes Diarmuid served as an altar boy for Blessed John Sullivan. His early years at the School coincided with the completion of what is known as the 1929 Building. The building was completed in 1932 the year that a D. O’Driscoll won the Third Line Walking Race. He remembers being caught smoking at the back of his classroom and having to spend the remainder of the class time kneeling at the front of the class for his sin. It was an exceptionally mild punishment, he recalls, for what at the time was a ‘serious’ offence.

In 1938 Diarmuid did his district midwifery, as a student, in the old Coombe Hospital in Dublin. In those days, almost half of the births were home births, and he would go to houses throughout the Liberties to assist and report back, to the hospital. Each labour would take between one and two days and nights. He secured a post as a House Surgeon in the Mater Hospital. We house surgeons, he remembers, played poker incessantly in our free time, as we were house bound the whole day, every day. He remembers well the day that war was declared. ‘I was a resident student in the Mater at the time and I happened to walk into the students’ residence and turn on the radio to hear Neville Chamberlain say that on that day, 3 September 1939, England was in a state of war with Germany.’

After completing his house job in the Mater, Diarmuid decided to move to England and arrived in Manchester in the middle of a bombing raid and blackout with much of the city destroyed and in flames. After seven years in England, four of them during the war, Diarmuid came home to Ireland and moved to Galway because there was a temporary post advertised in the field of Obstetrics. The ‘temporary’ post lasted nine years: Galway at that time had a population of 30,000 and there was only one specialist obstetrician practising solely between Derry and Limerick.

After twenty years in Galway, Diarmuid was asked to become the head of the maternity unit of Wexford Hospital, which was established in 1973. And so, with his wife Frances (a dentist at the time) and eight children he set off for Wexford, a place he had never been to before but where he still lives today.To this day Dr O’Driscoll maintains his wonderful sense of humour as well as an active life. Three of his sons attended Clongowes: Peter (OC’67), Fergal (OC’75) and Roderick (OC’73). Roderick passed away in late February of this year and is sadly missed by his family.