A Farewell to Teaching 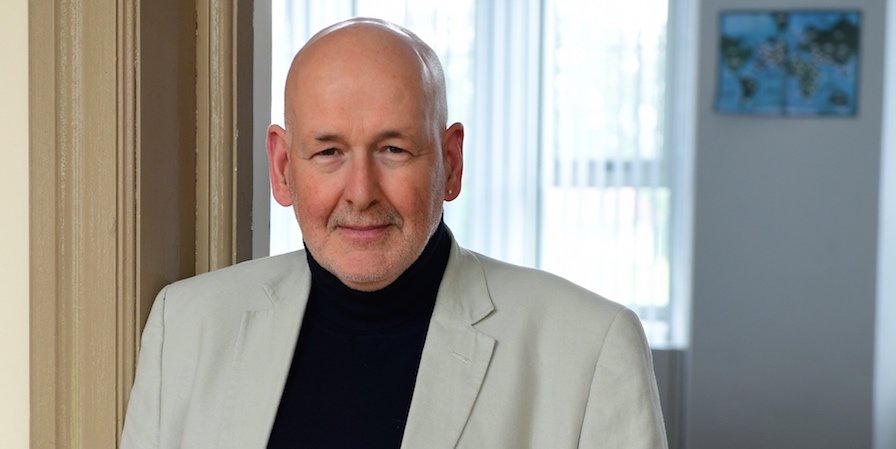 On Wednesday, 30th May Mr Declan O’Keeffe taught his last class in Clongowes Wood College having taught his first in September 1981. Before he left Declan addressed the staff and pupils at the final assembly of the year…

I first came to work in Clongowes Wood College in a previous century before any of the current pupils and even some of the staff were born. It was the first and only teaching job I ever applied for and I have been here or hereabouts for each of the thirty seven years that have elapsed since then and reckon I have taught well over 2,000 students. I was employed as a teacher of Business and PE but also instructed in History, Geography, Maths, Economics, Accounting and Latin as the years rolled by. I coached Junior Rugby, Senior Cricket, Summer Athletics and ran a Mountaineering Club and also produced a couple of plays.

I started on the same day as Seamus Aherne, Kevin and Mary Maume and Tony Egan and lived in the school for five years along with them and others such as Martin Wallace and our arvchivist, Miss Doyle. We lived royally in the company of 20 Jesuits, six of whom were on the teaching staff. I was also privileged to have had the late Vinny Murray as friend and mentor as both teacher and rugby coach.

Clongowes was different in those days in some regards. We never returned to school before the start of September, classes ran from 09.15-16.00, and the prefects were all Jesuits – all three of them. There were a mere 360 pupils in the school, Transition Year had not yet arrived and the fourth years took O Level exams in the summer. The Rhetoric block hadn’t been built: the sixth years lived in what are now the fifth year rooms, while the fifth years lived in dorms in the 1929 building and studied in the Big Study along with the Lower Line. The Music Performance Area was the Science block, the James Joyce Library was a theatre, the Third Line Study was the ref and there was a petrol pump behind the kitchens.

I lived in the school for five years. My bedroom had shutters and a wash hand basin, both novelties to an inner city kid and I was only a 60 second commute to work – at speed. And I loved it. I can recall times standing outside in the quiet Kildare night staring at the stars caught between the feeling that I had come home and not being able to believe my luck, And that sense of wonder has never deserted me for nigh on 40 years – I still get a kick out of driving up the avenue each morning between the lime trees and the skies. Clongowes was a far cry from the south inner city of Dublin where I was born and educated. Both of my grandfathers were labourers in the Guinness Brewery while both of my parents (and all their siblings) left school at fourteen as their families needed them to earn money.

The sea change between the fortunes of my family in two generations is due to my parents’ determination that I and my four siblings would have the education denied to them, their parents and most of their peers. Education is the silver bullet – it changes lives. We may not have appreciated it properly at the time – I certainly didn’t. I wasn’t the most diligent student and my parents were smart enough not to waste my time and their money by sending me to college when I left school. I must have grown up a bit in the next few years and decided to do a BA by night in UCD, followed by a H.Dip and then a job here in Clongowes. Something else changed too – I discovered that I wasa teacher, and that I had always been one – I just hadn’t realised it – and now I was lucky enough to be working as one and getting paid for it.

As a teacher I know that I can’t really explain something unless I understand it myself and that teaching is really a learning process. And I have learnt so much in my time here in Clongowes – about my subjects, about the school, about teenagers, about patience – and I have learnt how to teach. I also made friends – lots and lots of friends – some of whom are still here on the staff, many of whom have retired and some who have passed on. Still others are now past pupils, some of whose sons I have had the honour of teaching.

We in Clongowes are privileged to work in a beautiful campus in the heart of the countryside and in some very attractive buildings. But they are just bricks and mortar – attractive bricks and mortar – but bricks and mortar nonetheless. And Clongowes is more than that. And if it all turned to dust – if the buildings vanished – Clongowes would still exist in the mind and in the heart. And we’d think of something and Clongowes would continue. Much about Clongowes has changed over the centuries, but what hasn’tchanged is the pupils. The names and faces are different but the enthusiasm and energy and mischief and happiness and confidence and politeness and kindness and purple pride and lust for life they contain is timeless.

But most of all thank you to you, the pupils in Clongowes and all your predecessors, without whom we would not be gathered here today. You have all made my life meaningful and I’m going to miss teaching you a lot. When I first arrived here I didn’t know that teaching would be my vocation and that Clongowes would be my life’s work and I cannot think of a finer way to have spent a working life. Thank you. Thank you. Thank you.

Although he has retired from teaching, Declan has not retired from Congowes, where he continues to work as Head of Communications. In addition to ‘The Clongownian’ Declan also edits ‘Clongowes Life’, the ‘Clongowes Digest’ e-bulletin, the school website and the attendant social media output. So you haven’t hard the last from him…