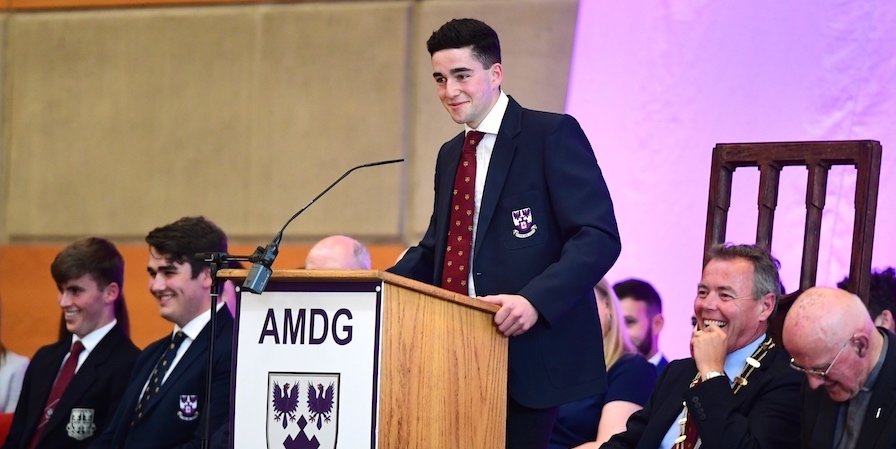 Union Day is one of the great traditions that have helped to make Clongowes what it is and has been gracing the grounds of the old Castle Browne for well over a century, ever since the first event on June 5th 1898. While the attendees in this fourth year of our third century may not have arrived by rail to Sallins and charabanc to Clongowes there was still a certain timelessness to the occasion as Clongownians past and present disported themselves about the grounds in the sparkling sunshine that came and went throughout the day.

Union Day is the occasion when the gentlemen of the graduating class effectively finish their second-level schooling, when the incoming School Captain Vice-Captain and Secretary are appointed, and when the new President of the Union takes up his Chain of Office. It is also one of the principal social days in the College calendar with the Parents’ Association providing entertainment with a climbing-wall, face painting and the traditional Tug-O-War and Penalty Shoot Out.

This year the event took place on Sunday May 27th and was as busy as ever. The Rhetoric Graduation Mass was followed by lunch in the refectory as well as in numerous pop up picnics around the grounds.  Earlier Conor Daly (OC’85) had succeeded Joe McVeigh (OC’96) as President of the Clongowes Union at the AGM.

For much of the afternoon the weather gods smiled on the happy families dining al fresco around the cricket and it was with some difficulty that the ‘Lord High Chief of All Indoor Doings’ aka Mr Frank Kelly persuaded the revellers to proceed to the airy confines of the Sports Hall where they were addressed by The Headmaster, Mr Chris Lumb and out going school captain, Luke MacQuillan. 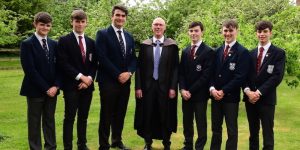 While the day was an important rite of passage for the departing Rhetoric, it was no less important for the rest of the student body, all of whom were on the edge of another step in their progression through the school. Three Poetry students in particular felt the hand of history when Hugo O’Donnell, Fred Sargaison and Charlie Kelly (on the left above) were named as Captain and Vice-Captains respectively, in succession to (on the right) Luke MacQuillan, Jack O’Sullivan and Paddy White (no less respectively).

The most prestigious award on Union Day is the Aloysius Award, named for our patron saint, Aloysius Gonzaga. The honour is given ‘For courage and determination in personal and communal life – for development of character, placing his talents at the service of others and through his efforts to come to terms with himself and life in Clongowes – for growth as an integrated, genuine person.’

Ronan Molony (pictured at the top of this piece) was a very worthy recipient. 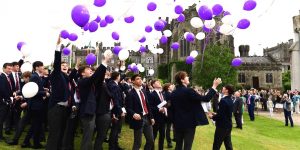