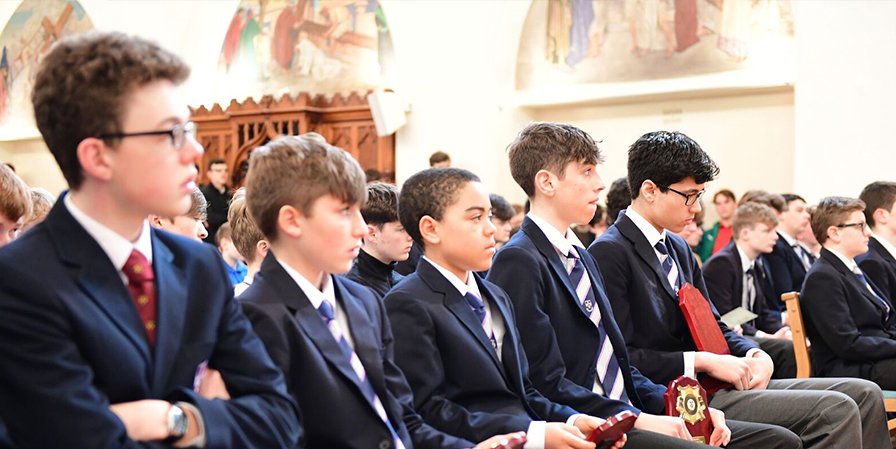 The Headmaster’s Assembly took place on 18th April to welcome the boys back after the Easter break and to recognise their achievements and participation in the life of the school.

Diligence Awards for the second term, as judged by the Academic Year Heads, were awarded to those who have scored high diligence marks during the year though have yet to receive an Award. 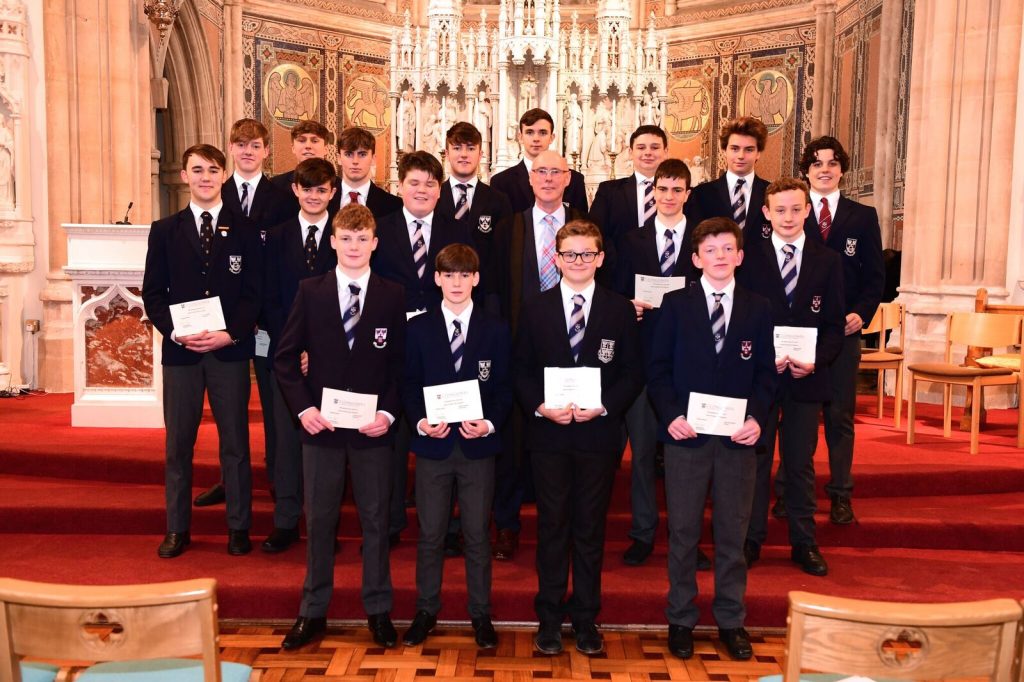 We had 5 teams of 3 compete in the Regional Final of the Senior Applied Maths Competition.  Our team of Cormac Watson, Jack O’Sullivan and Gavin Dowling came 2nd in the Regional final.  Their score in this event was the overall second highest score nationally in the Regional finals.  Congratulations to the three boys who went on to come joint 4th in the All Ireland Final. 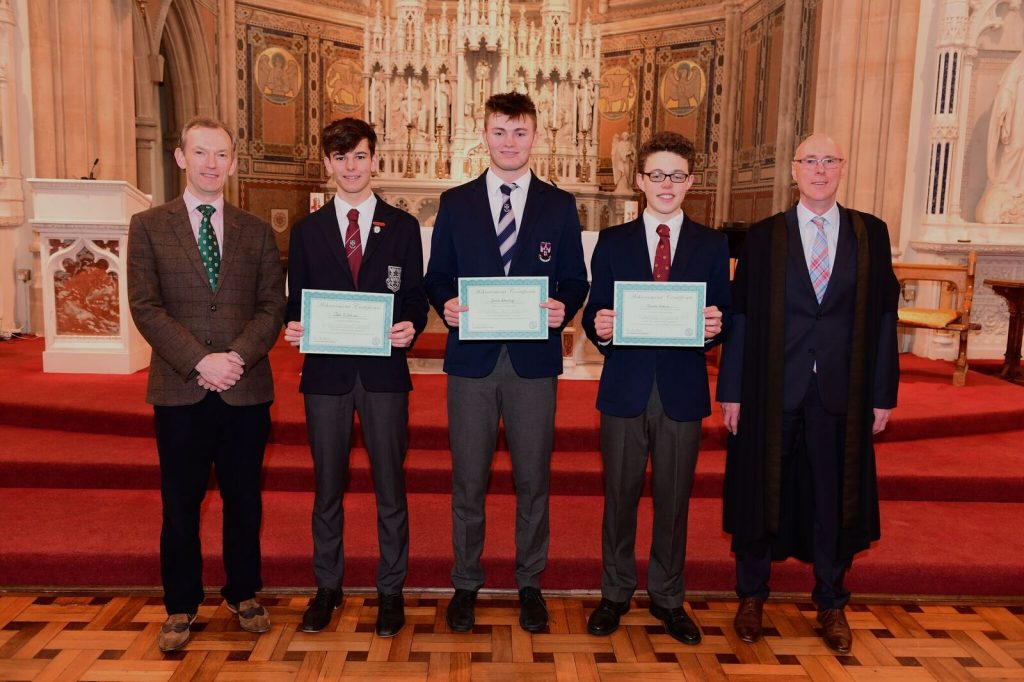 Elements Scientist of the Year was awarded jointly to:

Luke Boylan – who posed the question “When my dog licks my face is it harmful?”

Rudiments Scientist of the Year

School Captain’s Prize, which is the students’ choice award

And the overall Junior Scientist of the Year for his piece on: “The effects of carrying heavy backpacks on teenage spines” is awarded to Josh Dunne.

The Headmaster thanked Ms Nolan who organised this activity, and to the staff who made themselves available to judge on the evening. 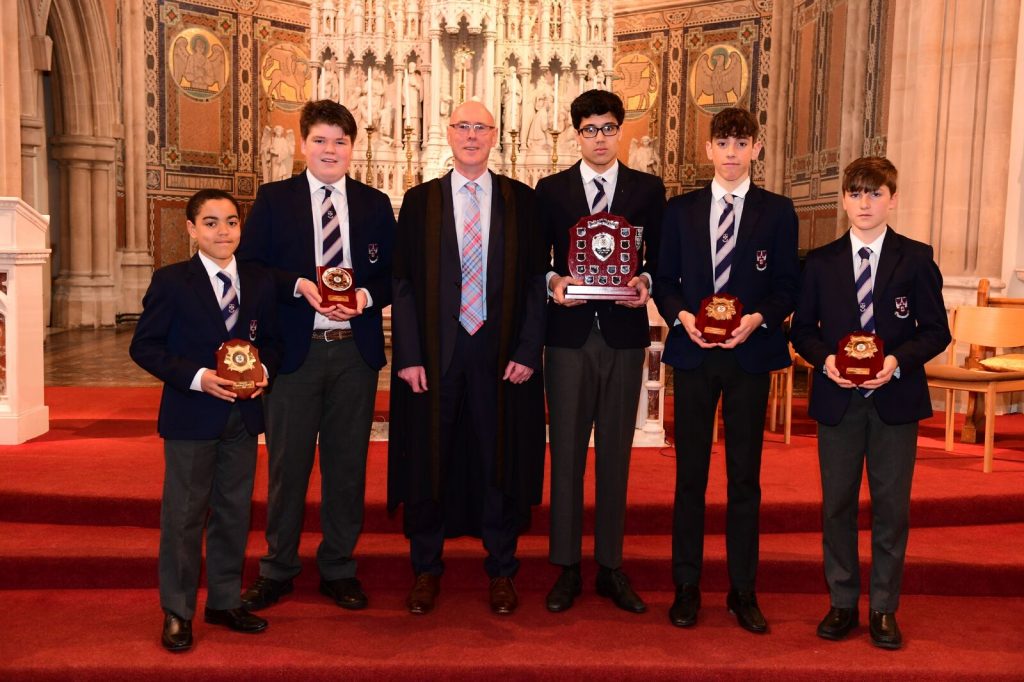 At Leinster U18 level

Tom Gilheany, Calum Dowling, David Wilkinson, Jack Hilliard and Christopher Grimes all attended the Leinster U18 Schools’ camp in Clongowes during the Easter break. The team was managed by Mr O’Hara and Mr Igoe was part of the coaching set up.

A further trial is taking place today for which Calum and Jack, and Barry Dooley and Michael Behan have been selected.

Bobby, Ryan and Tom subsequently played against Welsh Boys Club for the U19s

John Maher and Joe Carroll also played for the Leinster U19 7s in the Interpro 7s competition in Donnybrook. As a result, John has been selected to represent Ireland in the U18 7s in the European Championships in Lithuania during the May break.

SCT captain, Anthony Ryan, played 4 games for the Ireland U18 Schools’ team during the break.