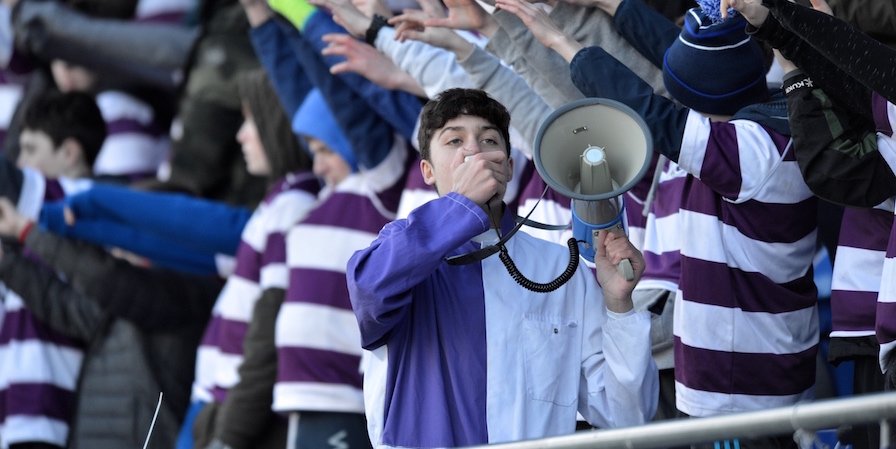 Clongowes has a long tradition of pupils and past pupils playing representative rugby at provincial and international level (including selections for the Lions). Daniel Ross from Holywood, Co Down, became the first Old Clongownian to pull on the green jersey in 1884. More recently the international jersey has been worn by Old Clongownians, Gordon D’Arcy, brothers Rob and Dave Kearney and Fergus McFadden, all of whom also represented Leinster. The current generation of boys are no slouches in this department as Head of Rugby, Mr Daryl Maxwell reports…

Anthony Ryan played four games for the Ireland under 18 Schools’ during the Easter Break, beating Italy and losing narrowly to France, Scotland and Wales. Major congratulations to Anthony on wearing the green jersey for the first time; hopefully it won’t be the last.

Tom Gilheany, Calum Dowling, David Wilkinson, Jack Hilliard and Christopher Grimes all attended the Leinster Under 18 Schools’ camp at Clongowes over Easter. The team was managed by our very own JCT coach Mr Stephen O’Hara while his SCT counterpart Brett Igoe was one of the trainers. The boys also played against Canada in a game in Donnybrook and won 39-27, with Christopher scoring two tries.

Conor Duff, Bobby Sheehan, Ryan McMahon, Daniel Beggs, Tom Coghlan, Joseph Carroll, John Maher and Charles Gallen all attended Leinster Under 19 trials during the vacation. Bobby, Ryan and Tom were all selected to play against Welsh Boys’ Club with Tom captaining the side to a 31-15 win.

John Maher has just been selected for the Ireland Under 18 Sevens squad, that will play in the Under 18 European Championships over the May Bank Holiday Weekend in Lithuania.

Will Connors (OC’15) recently represented Ireland at the Hong Kong Sevens tournament, where Sebastian Fromm (OC’13) togged out for his native Germany and Max McFarland (OC’12) represented Scotland. Max qualifies for Scotland through his Glaswegian grandfather and is currently representing them in the Gold Coast Commonwealth Games.

Michael Silvester (OC’16) played throughout the recent Six Nations for Ireland Under 20s, where he was coached by his former SCT mentor, Mr Noel McNamara (currently on sabbatical from Clongowes) and may also play in the Junior Rugby World Cup this summer.