Set the World on Fire 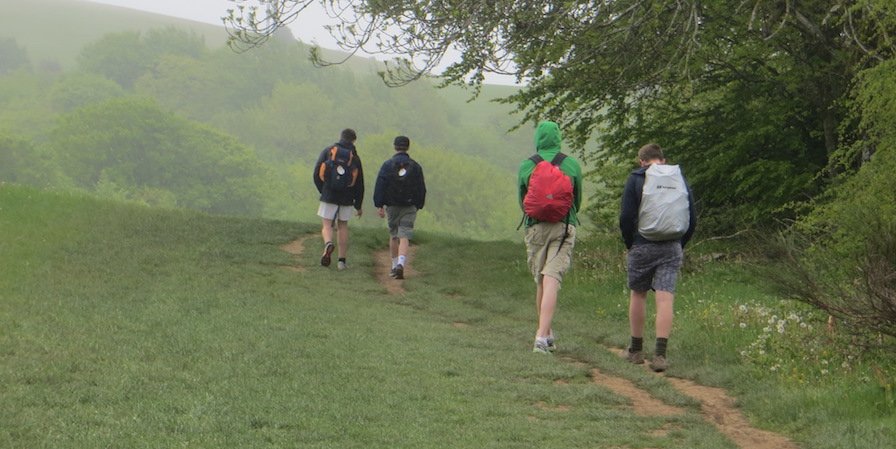 Set the world on fire

The vernal equinox has come and gone and the days have begun to outstrip the nights as we return to school for the final eight weeks before the Summer Vacation. Although this may be the shortest term it contains a packed schedule before the majority of the students depart for the summer while the gentlemen of Rhetoric and Grammar return to Clongowes for the State Examinations – Grammar for the first time and Rhetoric for the last.

The notion of pilgrimage is writ large for the Rhetoric students in this – a year of ‘lasts’. When they arrived here in their first year it would have seemed like forever to when they would undertake their last lap, and yet – here they are – coming off the final bend, with the finishing line in sight. They have been on this journey for nigh on six years while their junior colleagues still have a few laps to go on their own adventure.

Between the two groups lies Transition Year, the members of which will embark on a pilgrimage of their own when they commence the Camino de Santiago later this month as part of the Syntax Jesuit Ethos Experience – a trip that will also see them visit important Ignatian sites at Loyola, Manresa and Montserrat. The students will follow a trail blazed by their predecessors last year while the Parents’ Retreats next week will visit an early Christian pilgrimage site in Glendalough.

The first in a series of ‘lasts’

Last September a Rhetoric student confided that the upcoming break was the first in a series of ‘lasts’ for them and that, perhaps for the first time in their six years, they were keenly aware of the passing of the academic year: their last Hallowe’en Break, Rhetoric Play, Christmas Concert, Cup Campaigns, Sports Day, Union Day and then – finally – their last time to travel down the main avenue and through the gates, which they had entered as first years only a short time before.

Time is the great gift: none of us knows for sure how big our portion is, which makes it all the more important to use it while it is still ours. The ability to be aware of the passing moments as they pass, as opposed to bemoaning their passing in hindsight is a great gift. If our time in Clongowes is to be worth anything (and it is worth much) it should be reflected in our lives here and hereafter.

Ignatius often ended his letters to Jesuits going on the missions with the expression ite, inflammate omnia—‘go, set the world on fire.’ It is a laudable ambition and one that we do well to follow as our pilgrimages unfold and God’s plan for us continues to be revealed.