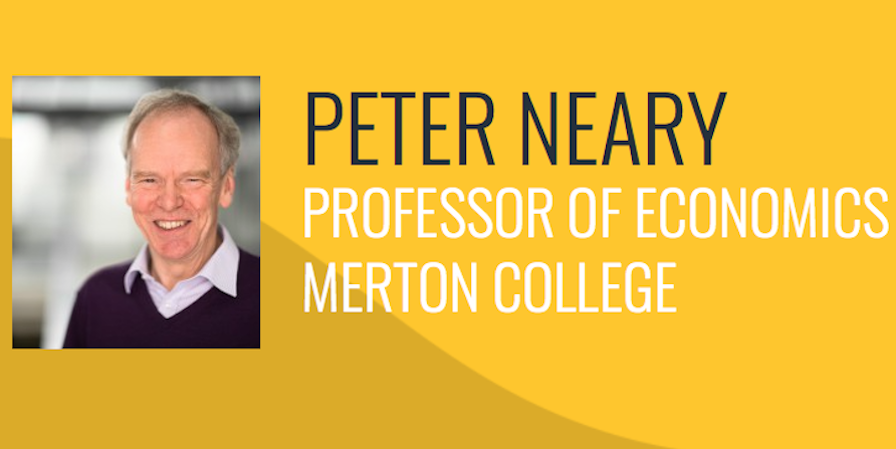 With the liberal international order that has underpinned the global economy since the end of the Second World War increasingly under threat we should expect great change going forward. Already we have seen Brexit and the decline of democracy around the world.

To help us understand these events we are delighted to have Peter Neary (OC’67), Professor of Economics at Oxford University, President of the Royal Economics Society and past President of the European Economic Association, speak to us. Amongst many noteworthy guest lectures, Professor Neary has delivered the 2002 Ohlin Lectures at the Stockholm School of Economics, the 2008-2009 Graham Lecture at Princeton University and the 2015 Corden lecture at the University of Melbourne.

Admission is complimentary, but we ask you to register your attendance ahead of the event.