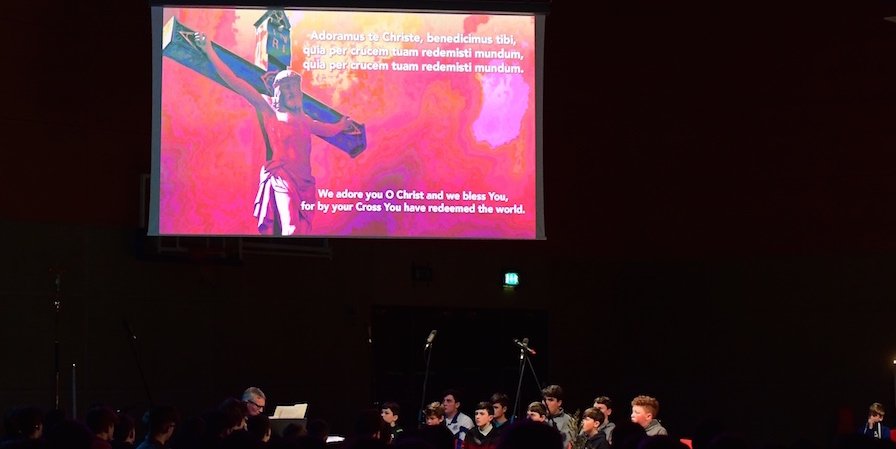 On Wednesday of last week March 7th, the entire student body in Clongowes came together for a liturgy in preparation for the Sacrament of Reconciliation for Lent 2018 led by Fr Barney McGuckian SJ.

As we gathered together in the Sports Hall at 9.15pm, the atmosphere was relaxed and reflective as we watched some film, listened to music and readings and spent some time in silence. Clips from the film ‘The Shawshank Redemption’ featured with reflections on the strong Christian themes and symbolism, which the film suggests – especially around the theme of hope and redemption.

Higher Line remained on after the liturgy when a great many students came forward to receive the sacrament on an individual basis. With extra priests coming in from neighbouring parishes on both this night and in the days following, the extraordinary take-up of individual confession by the students meant that almost the entire school population availed of this opportunity to receive the Sacrament of Reconciliation this Lent.

Our ability to present a stimulating liturgy to the boys through a medium to which they relate, is greatly enhanced by our newly installed sound system in the Sports Hall, allied to very high quality video projection system (more here). Their level of engagement on the night was testimony to this reality.