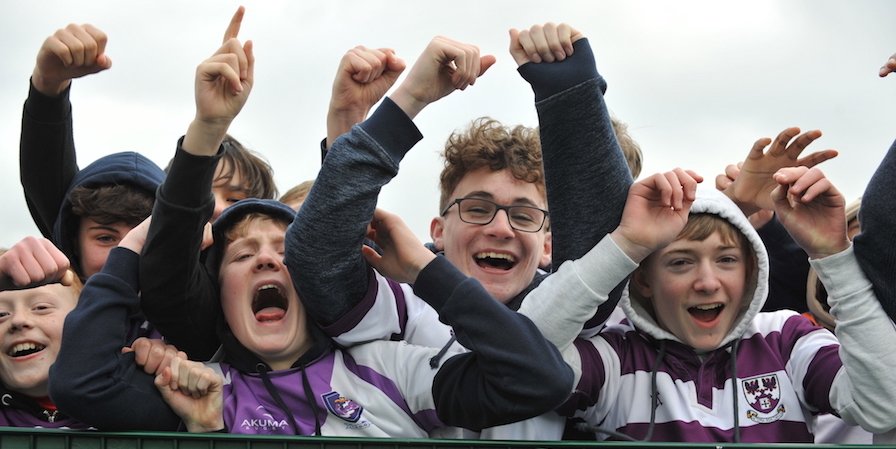 The cup season is well and truly upon us and the Junior and Senior Campaigns continue apace. The Seniors were first into the ring last Thursday when they emerged victorious, 29-21 against one of their oldest rivals, The King’s Hospital in a latter-day Battle of Clontarf (more here). Today their Junior brethren will enter the lists in their first match against the boys of Temple Carrig School, Greystones, Co Wicklow this afternoon (Monday 5th) in Donnybrook at 15.00.

The Leinster Schools Junior Challenge Cup was inaugurated in 1909 but Clongowes did not enter the competition until 1944, when we won the trophy at the first time of asking. An appropriately ‘purple’ patch followed with further victories in 1947, 1949 and 1952, while we also came second in 1945 and 1948. Despite four more final appearances over the next six decades success was not to be experienced again at this level until 2008.

The ‘23rd man’ (this means you!) has always been an integral part of the cup campaign and so we encourage you to come along and support the boys as they get the purple machine rolling along the roads to the RDS and Donnybrook in March.