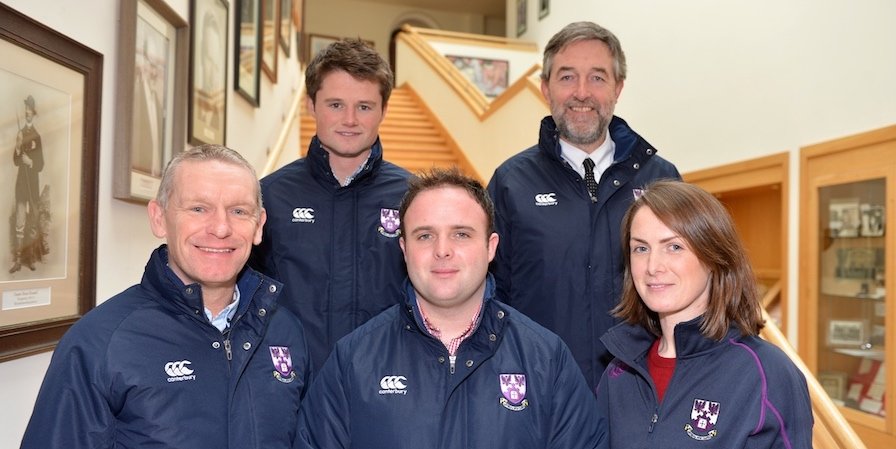 In line with our strategic development of Sport in Clongowes, the Headmaster, Mr Lumb has confirmed the appointment of a number of ‘Coaches-in-Charge’ of individual sporting disciplines to new positions of responsibility, working under the direction of our Director of Sport, Mr John O’Donoghue. The new appointees are:

Mr Shane Heslin has been involved in athletics since an early age, as both a competitor and a coach. He has won honours at provincial and national level and has guided several Clongowes individuals and teams to the same during his years as athletics coordinator in the school. Chief amongst these in recent years is record breaking middle distance runner, Jack O’Leary. Apart from coaching, his promotion of athletics in the school and beyond includes his hosting of South Leinster and All Ireland Cross Country Championships here in Clongowes.

Mr Noel Mason, who has played soccer for UCD, Russell Athletic and Clane Utd, initially coached the Under 16 soccer team before he took charge of the Senior Soccer team in 2008. The team has competed in both the Combined Counties Football League and the Kildare Schoolboys Football League. They have won two league titles and finished as runners up on two other occasions. They have won the cup three times, finishing as runners up on a further two occasions. They have also won a shield competition, finishing as runners up on one other occasion and – in 2016 – they received the fair play award from the Combined Counties Football League for having the best disciplinary record of over 70 teams.

Ms Sarah Walsh is a keen tennis player, who has managed to transfer her enthusiasm to the students in her charge since she began coaching in Clongowes in 2016. Last summer Sarah coached five teams in the Leinster Boys’ Secondary Schools Tennis League – two minor, two junior and one senior. Although the two junior teams and the seniors were unlucky not to qualify out of the group stages, both minor teams progressed out of their groups with the Minor II team came getting to the semi-final of the league before the Minor I team proved successful in the Minor Division II Cup – Clongowes’ first success in this division since 1999.

Mr Matthew Wright is Rudiments Prefect and Rugby Coach in Clongowes, where he also takes responsibilty for golf. So far this year the Junior golf team reached the Leinster Final of the Irish Schools Junior Championship while the senior team won three of their four matches in the Leinster Inter Schools League. Matthew also helps organise the ever successful Duck Push Golf Classic organised by Syntax in the K Club to raise money for Crumlin Children’s Hospital.