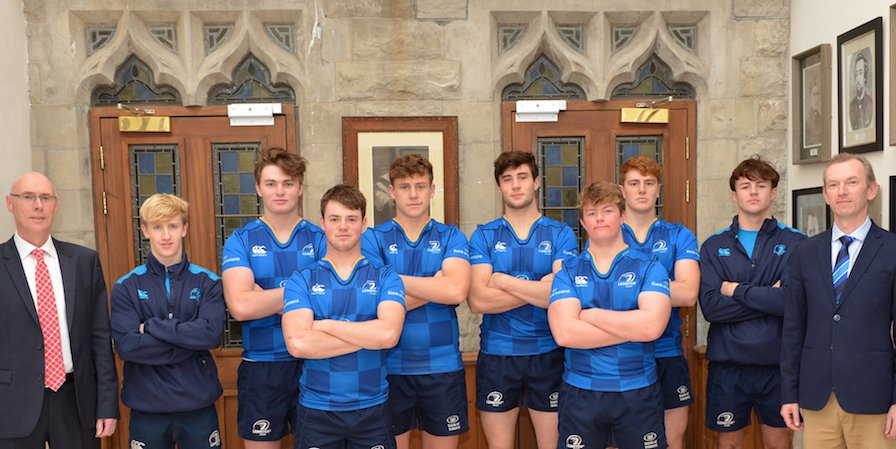 Congratulations to the players pictured above who were selected to train as part of the Leinster Schools squad during the summer. They trained three days a week all summer, played an international match against the USA and toured to the UK where they played matches against Northampton Saints and Leicester Tigers. Following this they were selected as part of the Leinster Schools interprovincial squad that played two matches against both Munster and Ulster.

This is a very significant achievement and follows in a long school tradition of producing representative players. The boys achievement is due in no small part to the hard work and dedication of all their coaches in Clongowes throughout the years from Under 14 to Senior level. Congratulations are also due to Clongowes Junior Rugby coach, Mr Stephen O’Hara, who managed the Leinster Schools team.