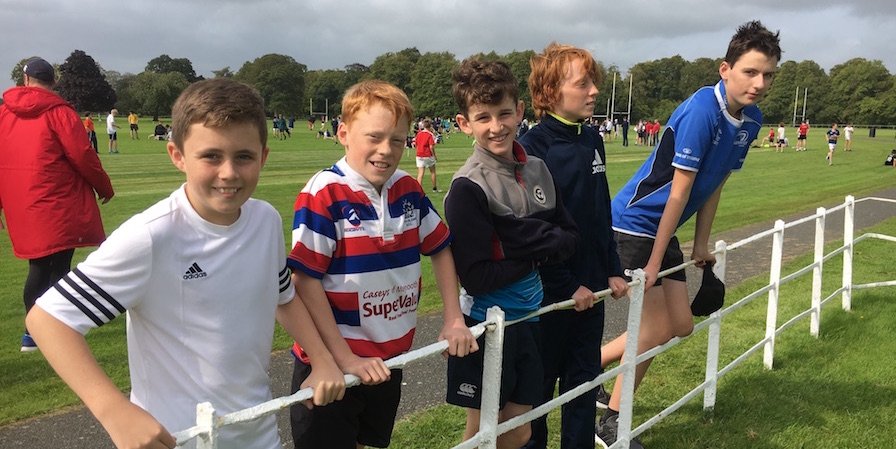 At lunchtime on Tuesday 29th August the corridors of Clongowes Wood College became home to the 204th class in the school’s history. While many of the future young men of Rhetoric 2023 will have been daunted by their new surroundings, the presence of 20 welcoming house-leaders undoubtedly eased some of those anxieties – or at least the burdened climb up the stairs. Within a matter of moments, Mr William O’Sullivan’s horizontal and tranquil summer came to an end as his dormitory teemed with life once again and lifelong friends introduced themselves for the first time.

In welcoming both the new and returning families to the school community, the Headmaster, Mr. Chris Lumb acknowledged the impact of the recently departed class of 2017 and invited the newly arrived students to embark on yet another journey, this time through Clongowes life. In the main body of the school meanwhile, the adventure to which the Headmaster was referring was already in full swing as the boys visited the various locations in the college; the rec rooms, the sports hall, the classrooms, the library – places that will now be part of their daily lives.

Following Mass to celebrate the opening of the school year with Fr. Michael Sheil SJ (Rector and Third Line Spiritual Father), parents and sons alike assembled in the refectory where the catering staff had laid on a delightful feast. Then, once the last crumbs had disappeared, the cars parked at the back of the castle also began to vanish…

Rather than stand idly by however, this latest batch of Clongownians met with their prefects before racing to the dorms to lace up their boots and unleash some of their boundless energy under the floodlights of the VMP artificial rugby pitch. Messrs O’Sullivan, Tony Egan and Matthew Wright in loco parentis kept a watching brief over their new charges as they began to settle down in earnest until it was time to retire to the newly refurbished, state of the art dormitories tired but happy.

Welcome to Clongowes boys, enjoy your stay – May 2023 won’t be long in coming!