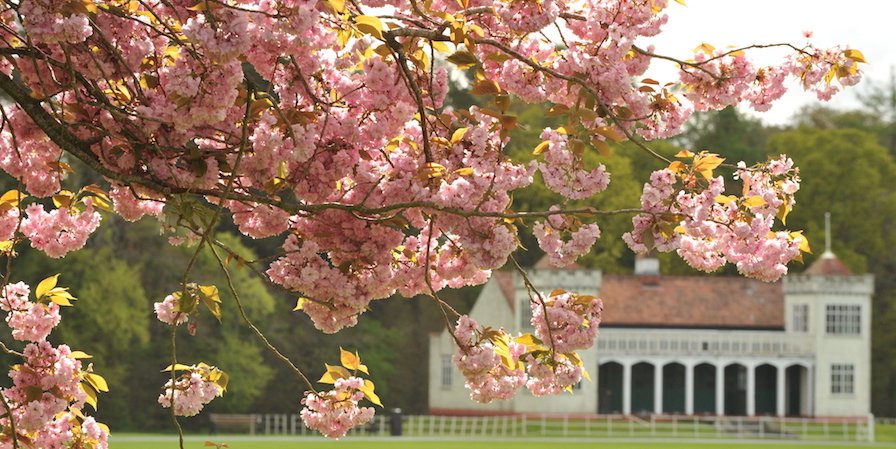 As the prospective pupils of Rhetoric 2024 arrived down the sun drenched avenue for their first taste of life in Clongowes Wood College on Saturday last (May 20th) one could sense the anticipation among the boys and indeed, the excitement among prospective parents, both accustomed and unaccustomed, to the school. For a number of those who joined us last Saturday the gleaming marble floors of the Serpentine Gallery and remarkable colours of the school concourse which greeted them upon their arrival were familiar – but the majority were getting their first taste of what might be their home away from home come September 2018.

Mr. Tony Egan, Third Line Prefect, welcomed the boys and their parents to the school for what would be an informative and fun-filled day for all. This was soon followed by the sweet tones of the school orchestra, led by Mr Philip Thomas, serenading the new arrivals. The orchestra performed contemporary hits such as Journey’s ‘Any Way You Want It’, along with several classical works.

As the boys and their parents went their separate ways the energy and excitement in the air was palpable; a number had already made friends and were conversing in hushed, excited tones, taking in the numerous displays around the concourse and the curious ten foot duck perched on their route to the James Joyce library! There they met children’s author Debbie Thomas, author who got the boys to shape an imaginative story – an activity reflective of the strong reading and arts community in Clongowes (which has recently been awarded the Wellread accolade for its strong reading culture). Other activities were many and varied as the youngsters designed personalised bags in the Art Room, viewed robots that had been built by second year pupils and received an introduction to computer coding with Head of IT, Mr John Hegarty.

Parents were whisked away to the Boys’ Chapel where the Headmaster, Mr Christopher Lumb spoke of the six year journey of partnership that they would embark on. School Captain, Conor Galvin, Vice-Captain, Sean McCrohan, and Secretary, Colin Bourke spoke about the positive experiences they have had at Clongowes, from their initial nerves as first year pupils, which soon dissipated as life long friendships began to form to their rollercoaster relationship with the oval ball so closely associated with the purple and white jersey. They spoke of the invaluable experience of the many social projects in Transition Year and the numerous achievements and experiences in between, as they continue on their formative path as ‘men for others’.

The parents then embarked on a tour of the school led by the prefecting team, aided and abetted by a selection of Rudiments pupils who provided them with an insider’s view of life in the school. Indeed, it was felt that the accompanying prefects might have picked up a few tricks from their young assistants! A number of parents commented on the the maturity and confidence with which the boys conducted themselves for the duration of the tours and they deserve particular praise for their contribution to a very successful afternoon. The assembly was then entertained by the school traditional music group, under the baton of Ms Catherine Heslin before enjoying some light refreshments.

Nourishment and sustenance was well in order after a busy morning period as both parents and their sons headed to the school refectory for a delicious lunch provided by Ms Ann Cooke and her team in the catering department. The parents then explored the school within and the sports activities without while the boys got an opportunity to view the facilities they may be enjoying in the not so distant future as a hectic afternoon of soccer, tip rugby and basketball awaited them in addition to a tour of the school led by Mr William O’Sullivan and Mr Steven Gray.

As Open Day 2017 drew to its conclusion and preparations continued for the Mass to commemorate the Beatification of Fr John Sullivan SJ, the boys and their parents departed after a day filled with energy that permeated the school to its very core.