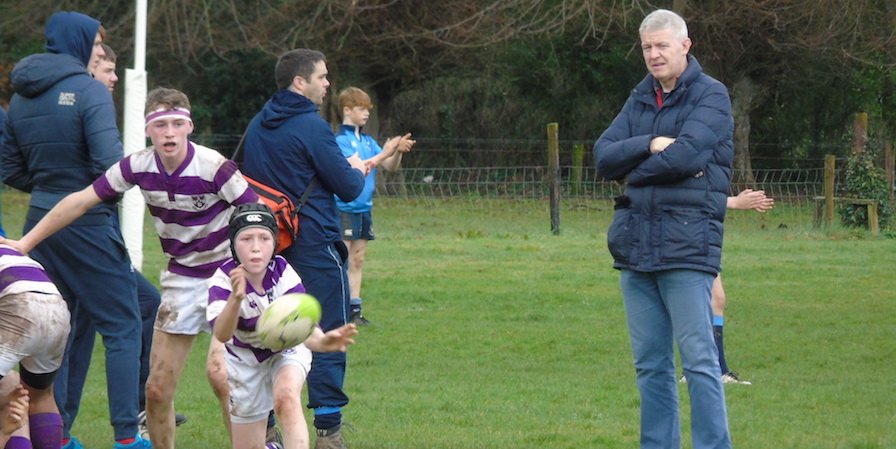 On Saturday 11th March 2017, 11 teams from all over the country travelled to Clongowes for the first annual Fr John Sullivan SJ tournament. Thankfully, the weather was kind to us and the rain managed to stay off for the full day. The teams competed in groups of three before splitting into the semi finals of the cup, shield and plate competitions.

For the Clongowes team, PBC Cork were up first and a lack lustre performance from the team ended in a 5-5 draw and left the team having to beat Castleknock by more than PBC to ensure a semi final place in the cup competition. The team managed to do this with a 26-0 win and met CBC Cork. In their best performance of the day, Clongowes outscored CBC by 3 tries to 1 and booked their place in the final. Meanwhile a strong St. Michael’s team won convincingly in the other semi against Willow Park.

In the final, strong favourites St. Michael’s edged ahead with a try in the last play of the first half but Clongowes cancelled this out with a try by Tom Hennebry with three minutes to play. St. Michael’s proved too strong however and scored with two minutes left on the clock to win the first Fr. John Sullivan trophy. All teams gathered in the ref and enjoyed lunch afterwards. A few words were said by first year coach and tournament organiser Mr Daryl Maxwell after which Mr Chris Lumb spoke to the visiting teams and presented the trophies.