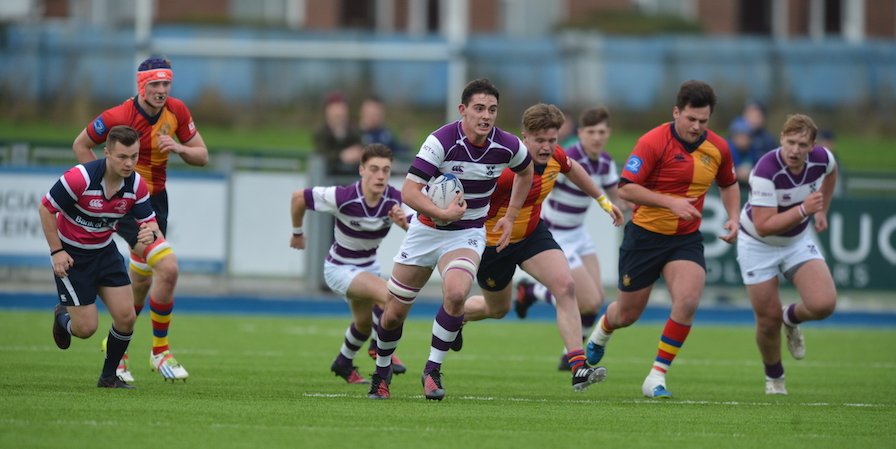 In the autumn of 2014 at the end of the first half of Ireland v New Zealand, Old Clongownian Rob Kearney ran 80 metres to score his team’s third try and give them a 19-0 lead. He was tracked all the way by Kieran Read, whose main aim was to ensure that the score was in the corner and the conversion more difficult so that two points might be saved. The kick struck the upright and went wide and Ireland lost the match.

Yesterday at Donnybrook it was Clongowes who were trailing 12-3 as the interval approached, when they conceded a third try, with a very kickable conversion to come. While the team regrouped under the posts, John Maher (no less a speed merchant than Rob) was left with the almost impossible task of charging down the kick. John’s diligence and attention to his task was blessed with success as he took the ball hard in the solar plexus and saved two points. In the 69th minute Clongowes regained the lead with a converted try and held on for five more minutes and the win.

On such moments do matches (and maybe cup campaigns) turn. Clongowes success against an excellent side from St Fintan’s High School was not just due to John Maher’s efforts at the conversion and elsewhere around the field, but was the result of an enormous collective effort by the nineteen starting players and subs who gave their all on the Donnybrook turf yesterday and never – ever – said die. We were outscored by five tries to four and might well have given best to a fine opposition (cup debutants) who played much of the rugby yesterday but the stubbornness and teamwork of the Clongowes players finally saw them through.

A special day, with a special result and – who knows? – maybe a straw in the wind.